There’s promising news today for US readers as it seems the Samsung Galaxy Note 2 (Note II) is closer to release with news that separate variants of the phone for AT&T, Verizon and T-Mobile have now passed through the FCC. This is one of the most highly anticipated devices we can remember for some time and the news that the phone has hit the FCC is extremely encouraging for those in the US who are waiting, even though the Galaxy Note 2 will hit some other regions first.

In our many previous Galaxy Note 2 posts we have noticed a huge amount of interest about this phone from readers’ comments and so this is likely to be welcome news to many. We have already told how some in the UK will be fortunate enough to get their hands on the Galaxy Note 2 in the next day or so and we’ve also informed about a US Samsung event to be held on October 24 that now looks virtually certain to be for the launch of the phone stateside. News of the phone variants at the FCC further bolsters the chances of a release soon in the US, maybe even on the same day, or very shortly after the Samsung press event in New York.

Details of the FCC passage came to us from Engadget and there appear to be 3 different variants. Engadget has cleverly deduced that all the signs point to the SGH-i317 (FCC 1) as being the AT&T model, the SCH-i605 (FCC 2) for Verizon and finally the SGH-T889 (FCC 3) looks like the T-Mobile variety. Phandroid also points out that even though T-Mobile’s LTE network has yet to launch, all three variants of the Galaxy Note 2 for the US are LTE-equipped and that of course is good news for T-Mobile customers who want to be ready for when LTE goes live for their carrier. 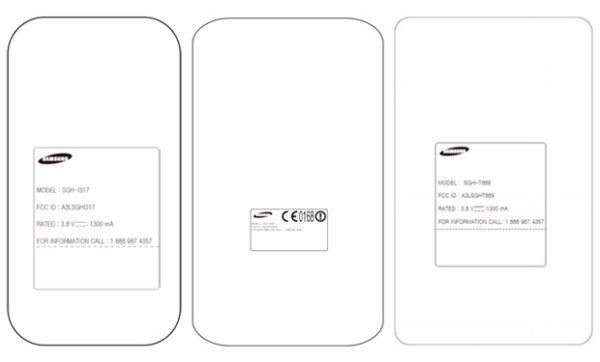 News of the different variants veers away though from Samsung’s improved strategy seen on the Galaxy S3 phone. For the S3 the same model came to all US carriers (apart from radios), whereas there had been different versions for previous Galaxy S phones. It would have been preferable it this was also the case for the Galaxy Note 2 but different variants is the order of the day, which seems to us to be rather a backward step. This means that they may differ in appearance and also this can bring compatibility issues but at least it seems the US Galaxy Note 2 is coming and that will be what most people want to hear.

Other news that ties in with the FCC filings is that AT&T & Samsung have now officially announced the Galaxy Note 2 among other devices due this year, according to GSM Arena. The carrier didn’t give anything away about the precise release date though, simply saying it was coming “later this year.” However with the FCC news it does seem very likely to us that it could arrive by the end of the month rather than later in Q4.

We’d like to hear your thoughts on this FCC news for the Galaxy Note 2. Are you waiting for the Note 2 to be released on AT&T, Verizon or T-Mobile? How do you feel about different variants for different carriers? Let us know with your comments