I’m sure everyone in the mobile space knows that Apple and Samsung are at each other throats in the courts over patent infringement, one of those battles led to Samsung losing in court resulting in a victory for Apple, but it appears that Samsung isn’t too pleased with the jury’s foreman Velvin Hogan, and says he was bias.

According to a new legal filing from Samsung, the tech giant is asking for a new trial reports AllThingD, the reason behind the new trial call is that Samsung say the jury foremen didn’t tell the court he was sued back in 1993 by Seagate, firm that Samsung is a major investor, for breach of contract.

That Seagate suit ended with Hogan having to file for bankruptcy, and as such Samsung believes that Hogan could have been bias against them and have possibly influenced the verdict. 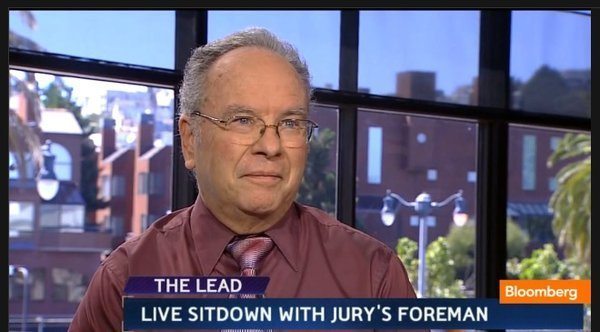 Samsung has said that the failure by Hogan to disclose the suit does raise an issue of bias, and one that Samsung should have been allowed to explore, and added that Hogan’s public statements suggest that he failed to truthfully answer the court’s questions in order to gain a seat on the jury.

Hogan however denies there was any misconduct on his part, and says that the court’s instructions for potential jurors requires disclosure of any litigation within the previous ten years and as such the 1993 bankruptcy and Seagate litigation is outside that time frame.

Hogan also when on to remark that he was wondering if Samsung let him on the jury just so they could have an excuse ready to ask for a new trial if the trial didn’t go their way.

So what do our readers think about all this, do you think the court’s original decision should stand, or do you believe it is fair that Samsung should be given a new trial?