The announcement yesterday of the Samsung Galaxy S3 Mini came as no suprise to us because it made perfect sense for the Korean phone maker to offer their customers two different options to their Galaxy S III smartphone, but there’s a fear that by offering a smaller version of the device with lower specs could dilute the brand, then again it could bolster it as well.

It’s no secret that there are lovers and haters when it comes to the size of the S3 — which is no surprise — so Samsung needed to offer their customers a choice. Okay, so we know that the Galaxy S3 Mini has had it’s specs tamed down a little, but we’re certain that many potential customers will rather this compromise than have a smartphone that will often cramp their hands or feel uncomfortable in their pockets, do you mind the compromise?

Samsung’s Galaxy S III Mini reveal was not like an Apple event because we pretty much knew what we were getting spec wise, such as the smaller 4-Inch screen, 1GHz processor (down from 1.5GHz) and 1GB of RAM. While this may compete with the iPhone 5 in terms of size, it’s far off the mark in terms of performance, but then again the Mini is going for a different market, one that Apple has to rely on older iPhone devices for. 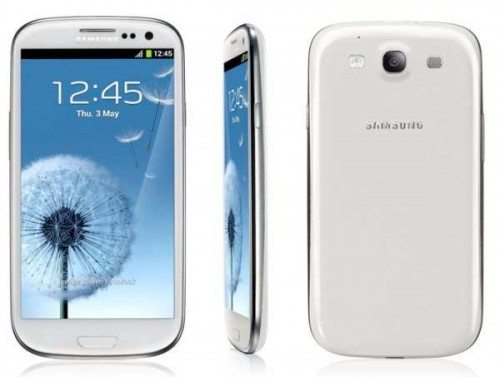 Do current Galaxy S III owners feel alienated? – Okay, so we know that there’s a fear that this smaller version of the S3 could dilute the S brand, but getting Jelly Bean out the box is a huge positive for Samsung’s latest device, but it’s almost certain that there will be a backlash from those Galaxy S3 users who have had their smartphone for months, and are still waiting to get Android 4.1.1.

We’re not shocked by the fact that Samsung are being very clever here and using the S brand to sell their latest mid-range handset, you have to love how they are prepared to take such a risk, but how much of a risk do you think they are taking? As yet there are no details as to its release date on U.S. carriers or pricing, but Samsung will need to be aggressive to appeal to the mid-range market.

Engagdet has been given some hands-on time with the new Samsung Galaxy S3 Mini, which have been visualized in the two videos below?