The offer for those customers that own a device that will not get updated with Android Jelly Bean is a reward of $100 in the form of a Motorola Prepaid card, carrier credit, Verizon Wireless gift card, or other equivalent at the discretion of Motorola and only offered in the US. 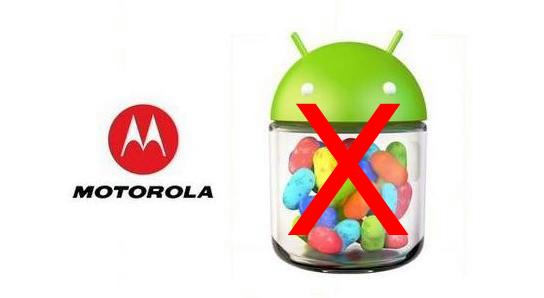 However if you are ready to trade up one should remember that the terms and conditions of your old smartphone will still apply and will include any ETA fees.

So there you have it, the Motorola Android smartphones that will not be gaining Android Jelly Bean, and will thus need to trade up if they wish to have a device running the new Android OS. Will any of our readers be taking advantage of Motorola’s trade up Jelly Bean offer?