Since Apple first released the original iPad back in 2010 the tablet PC market especially for Apple has grown significantly, and in recent times we have seen a number of smaller and more affordable devices becoming available, and now following weeks of speculation Apple have made the iPad mini release official, but it is more expensive than rivals offerings.

The company had already showcased the refreshed iPad 4, and as TechRadar are reporting the iPad mini has been revealed measuring only 7.2mm thick and weighing only 308grams. The all important screen measures in at 7.9-inch with 1024 x 768 resolutions that is the same as the iPad 2.

When showing off the new device Apple compared the iPad mini with an Android tablet, which was the Nexus 7, and stated that the screen was 35 percent larger. This according to Apple will allow users to see 49 percent more content when surfing the Internet on the screen.

Sticking to the same screen resolution means that the specific iPad apps that are already available will work seamlessly on the new model. Under the hood is a dual core A5 processor, five megapixel rear iSight camera capable of 1080p video capture, 4G LTE, dual-band Wi-Fi a/b/g/n, HD FaceTime camera, ten hours of battery life, and of course the new Lightening connector. 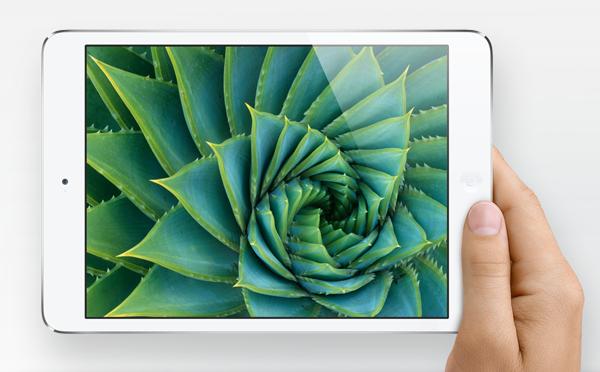 The iPad mini is more expensive than the Nexus 7 though starting at $329 for the 16GB Wi-Fi model, which is around Â£269 in the UK. Pre-orders begin for the iPad mini on Friday, October 26th with the shipping date on November 2nd for the Wi-Fi only models, 4G models will launch two weeks later in the US before rolling out across the world afterwards.

Will you be getting the iPad mini?