It seems the trend at the moment, especially among Android smartphones, is to have larger screens and actually when you look at the sizes of displays on recent and upcoming handsets it seems they are getting bigger and bigger. Although there is definitely a market for phones with larger screens, as has already been proven with the success of the Galaxy Note for example, we do wonder at what point does a screen become too big, or too small and we want to discuss this today.

When we consider the current crop of new and upcoming smartphones it can actually be quite difficult to find one of the ‘next best thing’ handsets with a smaller screen. When the original Samsung Galaxy Note was released there was real concern among the experts that a device with such a large screen (5.3-inches) wouldn’t catch on. However this was soon proved wrong as the Note went on to be a smash hit and its successor has an even larger display.

If we take a look at some of the device on offer at the moment we can see that the Samsung Galaxy S3 has a 4.8-inch screen, which would have been considered very large only a year or so ago, the Galaxy S2’s display for example was only 4.3-inches. The HTC One X+ and also the LG Optimus G both have 4.7-inch screens and the new Samsung Galaxy Note 2 has a whopping 5.5-inch display. The next Nexus phone, thought to be the LG Nexus 4, also looks likely to have a 4.7-inch screen so handsets with larger displays still look to be in favor. 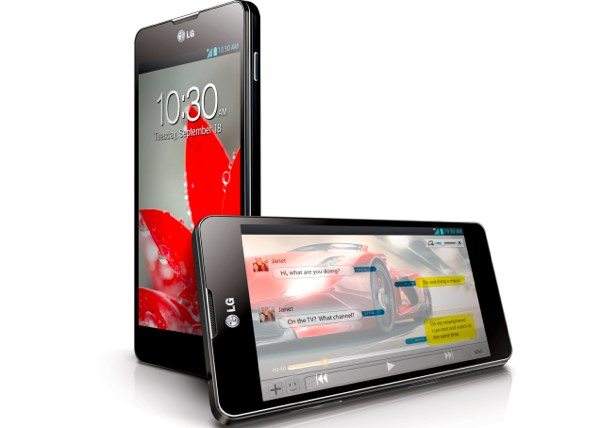 The LG Nexus 4 is expected to be revealed at a special Google Android event on Monday and other expectations of what we might see include a new Samsung 10-inch tablet, 32GB version of the Nexus 7 tablet and maybe even the Android 4.2 Jelly Bean build. Although these are all welcome of course, what we’d really quite like to see is a new Android flagship phone with high-end specs but with a return to a smaller display, just to bring a bit of variety.

When you think about it there must be plenty of people who still want a device with a smaller display (and not just people with small hands). For instance the recent release of the iPhone 5 saw an increase in screen size to 4-inches, which is decidedly small compared to most Android phones. Although Apple definitely noted the vogue for phones with larger displays and bowed to this a little bit, it did limit the size of screen growth to only 4-inches from the 3.5-inches of the iPhone 4S.

Thus Apple hopes to keep existing iPhone users happy by giving them a slightly larger screen without alienating them by making it too large. This must be rather like walking a tightrope though as Apple would also hope to attract potential new customers from the Android platform and so getting the display size right would have been a very difficult decision. The iPhone 5 is certainly selling in huge numbers and so there must be plenty of consumers who still favor a smaller screen, although of course a new iPhone will always sell well considering Apple’s loyal customer base.

We would imagine that by the same token there must be Android enthusiasts who want a top-notch handset with quad-core processor and a high-resolution display but still want a smaller screen. This is where we’d like the response of readers please as we’d like your opinions on display sizes for Android phones.

Are the screens on the current crop too large? What would be the perfect size display as far as you’re concerned? This last question is pie-in-the-sky but if Google was to announce a brand new high-end Android phone on Monday with a smaller screen than average, would you be pleased? Let us know with your comments.

23 thoughts on “Android Smartphone Screens Too Big Too Small forethought”