No doubt if you are an owner of the iPhone 5 you will want to keep your shiny new iOS smartphone in pristine condition for as long as possible, and if you do you might eventually purchase a protective case for your iOS smartphone, and with that in mind, we have a case for your consideration today called the Speck FabShell case for the iPhone 5.

The Speck FabShell case for the iPhone 5 features designs by Burton Graphics according to Mac Observer who recently reviewed the Speck FabShell case, which is a single layer semi-hardshell case with polycarbonate and TPE hybrid construction that offers protection from smudges and scratches.

The shell of the case is hard polycarbonate plastic wrapped in tactile and appealing fabric featuring original Burton designs, which include Raw Edged/Pomodoro, Ballpoint Reid Plaid/Harbor, Prince of Wales/Black and Girls Confetti/Black, whilst the soft part and touch through button protectors are made of thermoplastic elastomer. 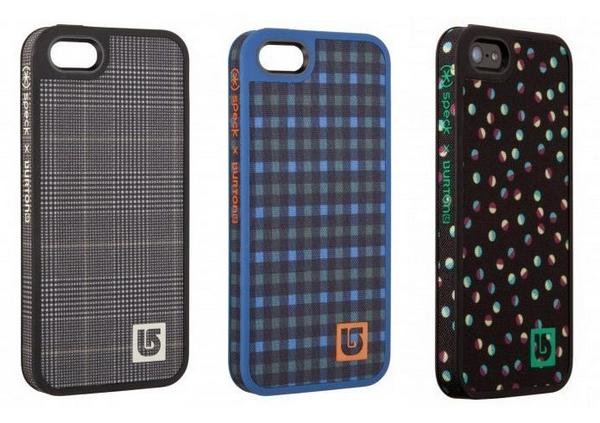 With the Speck FabShell case for the iPhone 5 there are no port cover flaps and as such the Lightning port and headphone jack are open, whilst the buttons are covered but the volume button cover doesn’t show +/- but that shouldn’t be an issue.

And like most modern cases the inside of the camera aperture features a blackened anti-glare edge, whilst unlike some single layer cases out there, the Speck FabShell seems to be quite stiff and tough in all the right places, and so should do a good job protecting against bumps but don’t go dropping it from a great height.

The Speck FabShell case for the latest iOS smartphone offers good materials along with fairly good protection and does not pick up fingerprints or lint, whilst wrapping around the handset securely.

For those that would like to pick up a Speck FabShell case for their iPhone 5, the case is a tad on the expensive side commanding a price tag of $39.95 a pop, and can be purchase by hitting up the Speck Products website.