There are always certain mobile applications that really capture the public’s imagination, and soon after Instagram was released onto the iOS platform it quickly gained a huge following. Eventually an Android version was released before Facebook decided to purchase the company and now Instagram mobile and web profiles are being combined.

Instagram was first released just over two years ago, but now as TechCrunch are reporting the application has boosted its presence on the Internet by offering a new simplified web interface for User Profiles. Currently the offering is only available to a select few users but it is believed the service will be available to all users by the end of the week.

The move will allow users to share their images via computer rather than just using their mobile device on the Android or iOS platforms, and according to Facebook the new tool will make it easier for users to discover each other’s photos.

Instagram’s new web based profiles look similar to the design of Facebook’s pages, and will feature a profile image along with a short biography of the user with a grid of recent photo uploads. The company has pointed out that users can limit who can view and download images from the service. 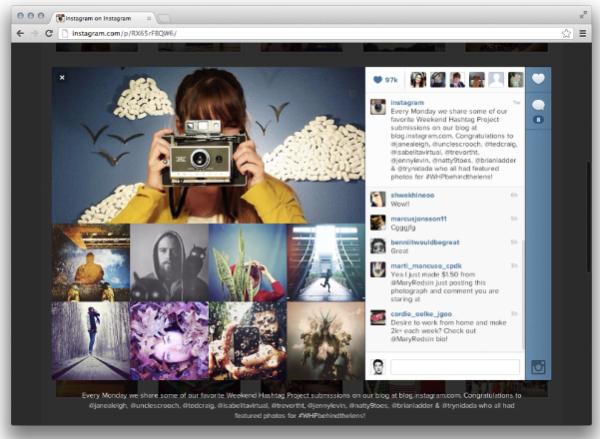 There is the opportunity for users to Like and also comment on photos of other users, as well as being able to look through your own images and other users. Users can also change information such as profile photo, name, and bio information but not the images that are in your Facebook Timeline.

Instagrams founder Kevin Systrom said the service will still focus on a mobile offering, and that more features will be coming to the web side of the service. In use the new web based service was found to be much quicker and easier to use than the Facebook profile, and in only five minutes two years of images were viewed.