There are a huge number of new smartphones becoming available that feature high quality touchscreens that are growing in size, but not every user likes using touchscreens when typing and prefer to have the option of a physical QWERTY keyboard, and the Samsung Stratosphere 2 Android 4G LTE phone for Verizon may be the solution for these people.

Samsung are more famous for their Galaxy range of smartphones but it seems they are set to bring out another version of the Stratosphere that features a slide out QWERTY keyboard. According to GottaBe Mobile the handset will again be a mid-range offering that will replace the original model.

It reminds you of the Samsung Galaxy Stellar that was recently released by the carrier, and will also feature 4 capacitive touch keys beneath the display that will be used for home, menu, back, and multitasking.

The new handset will come in just under the Motorola Droid 4 that has a large QWERTY slide out keyboard, and the specifications are believed to include a 4-inch Super AMOLED Plus display with a WVGA resolution. This will be powered by a Qualcomm Snapdragon S4 dual core processor clocked at 1.5GHz, and there will be 4G LTE connectivity as well. 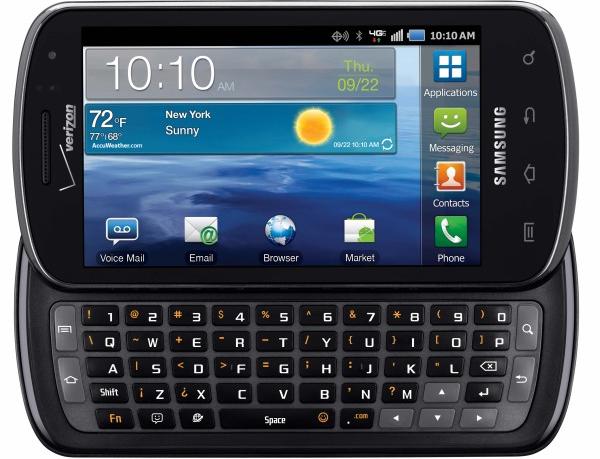 Other features are thought to include an eight megapixel rear shooter coupled with a two megapixel front facing camera, and the handset will come running the Android Ice Cream Sandwich operating system, which will surely eventually be updated to Jelly Bean.

Back in September a leaked Verizon document revealed the Stratosphere 2 was on its way to the carrier without giving any specific dates for release, and press images for the device were leaked by the previously reliable evleaks Twitter account, which recently provided images for the highly anticipated HTC DNA 5-inch smartphone.

It is believed the Samsung Stratosphere 2 will show its face on the 21st of this month, and should cost customers between $99 and $149 when taking a new two year contract. Do like to have a physical keyboard on a smartphone?