In the build up to the release of Halo 4, fans of the franchise searched the Internet for whatever news they could find for what is considered to be one of the biggest games of the year. While 343i has shared much more about this game than the likes of Rockstar with GTA V, there were still details missing. However, that’s where the fans come in because one of them has created an app that acts as a companion to the game, and as you would have guessed it’s not an official app.

Even before the release of 343 Industries latest title fans were using Super Guide for Halo 4 to contact other fans to not only share with them their locations but also to share their knowledge of what they know about the game. Images that were made available to the app were not the best of quality and some of the information was speculation, but now that Halo 4 has been released most of the information on this app has been or will soon see a ton of new updates.

These updates are sure to happen on a more frequent basis now, proof of this is the fact that version 1.4 was released on November 5th and there are already plans for version 1.5 in the not too distant future. In the current version there have been updates to the latest information on armor, stats, maps and also several bug fixes to help make the app far more stable. 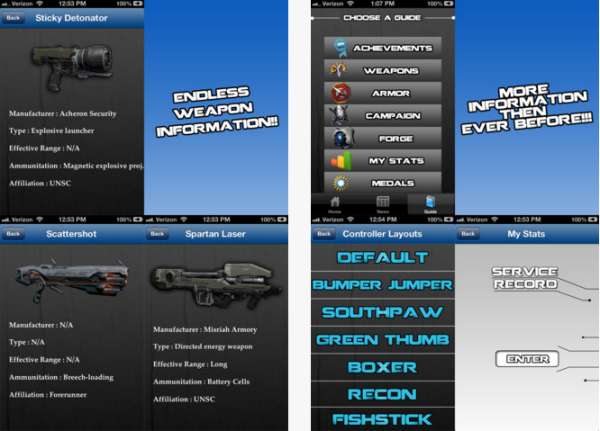 However, the biggest update (v1.5) will be released sometime next week and will not only offer the latest details on vehicles and enemies, but also share information on yet more maps and medals. However, the most valuable addition to this upcoming update would be the campaign walkthroughs.

The Super Guide for Halo 4 costs just Â£0.69 and supports all iOS devices running iOS 4.0 or later. As yet there are no ratings for this app, so if you have downloaded it we’d love to know what your opinion is.