The holiday season will be upon us shortly and in the build-up to this stressful time of year for many of us you will see a barrage of products thrust into your face to purchase, but before you go ahead and spend all your hard earned cash it’s worth giving yourself a little treat. There has never been a better time to get yourself a new smartphone (which we have to say is the perfect gift for yourself) because there’s such a huge choice. We could go with the usual suspects like the iPhone 5, Galaxy S3 or the Note 2, but maybe you should consider the HTC One X+ because looking over a review of the specs will certainly give its rivals a run for their money.

We have to warn you that you might experience a few issues when it comes to getting a One X+ because many retailers have been selling out, which tells us that this model has grabbed the interest of many of you. It’s hard to put a finger on what has caused HTC’s latest smartphone to be so popular, but many believe that it’s a mixture of its CPU/GPU, large screen and also the quality of the display.

Having already pitted the Nexus 4 with the HTC One X Plus and also the iPhone 5 and Galaxy Note 2, we thought HTC’s newest addition to the family deserved some time to prove itself on its own, which is why we have a few videos for you to enjoy below.

In each video you will see from the start that there’s not much to distinguish the One X+ from the original (something that iPhone users know only too well) but the red tints around the touch buttons and the rear camera does help make it just a little different. We’re told that the new CPU helps to improve battery life, but then again a larger battery also has a hand in that as well. 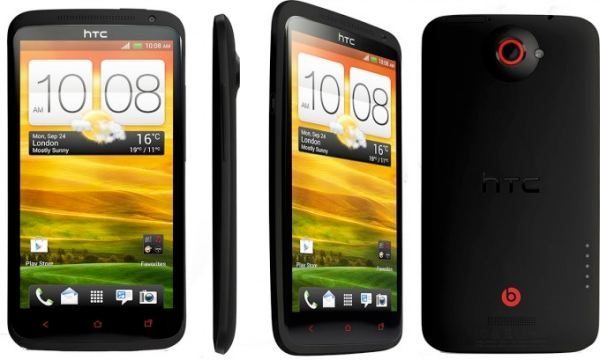 While it’s all too easy to get lost in the numbers and benchtests nothing prepares a phone for real world use, but we’re loving how the amplified speaker helps to give the phone a much better sound. We can clearly see that the display has not seen an upgrade, but then again it was already one of the best around in the original version. However, we’re happy to say HTC has seen fit to upgrade the camera, which you can see for yourself in these video reviews.

3 thoughts on “HTC One X+ review of specs visual gathering”