Just like the smartphone market consumers looking to pick up a new tablet PC this busy time of year have a great choice of hardware open to them, and especially if you want a 7-inch device. Today we are looking at some of the most popular devices in this sector that include the Google Nexus 7, Nook HD, and Kindle Fire HD.

Obviously there is also the iPad mini available but we are looking at products that are around the same price, and the three tablets we are talking about today all start at around a similar price point. As consumers though it is always to our advantage to have plenty of choice available as it can also mean more competitive pricing. 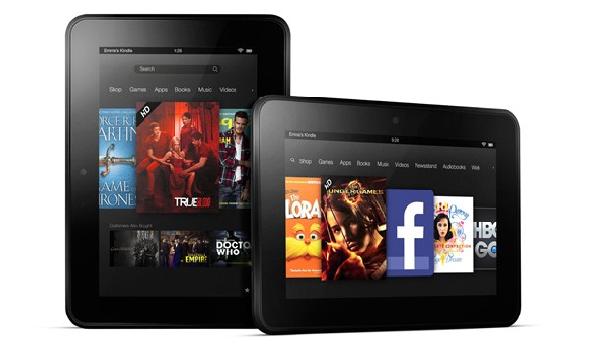 Storage
The Google Nexus 7 now comes in 16GB and 32GB storage choices without the option of expanding this further by the owner, which is the same as the Kindle Fire HD. The Nook HD has either 8GB or 16GB available but this can be expanded further via microSD card.

Cameras
Amazon’s Kindle Fire HD has a 1.3MP front facing shooter with the Nexus 7 has a 1.2MP camera on the front, but the Nook HD doesn’t feature a camera.

It will depend on what you want the device for when deciding which of the three to purchase as the Nexus 7 and Kindle Fire will arguably allow users to do more things, but if it is just a good quality eReader the Nook may be ideal for you.

Are you on the lookout for a 7-inch tablet?