Since the loss of Steve Jobs just over a year ago it seems as though Apple is making a number of wrong moves, with one of them being the huge mistake of getting rid of Google Maps for their own service. We’re not saying that Apple should not pursue their own mapping service, but they should have spent a lot more time in the development process before they even considered forcing us to use this free service.

One has to wonder just how long we have to wait before Apple’s iOS 6 maps receives a fix, but we do know that they have already contacted TomTom (Apple’s navigation provider) for help in addressing the issues at hand. You know that things are very serious because the iPhone maker has already sacked a few key employees, as they know that they need to have the right team members on board to completely overhaul their maps software.

Eddy Cue, who took over the role heading up the Maps team, has urged TomTom to help them. Let’s face it, they need to do something because what users currently have is a sub-par service that often struggles to find locations. I was in two minds whether to make a switch to Android becasue the iPhone 5 did not seem to have the innovations they once did, but because Apple promised great things with their new Map service I stuck with them and got the iPhone 5 — now I’m starting to regret my decision a little.

Apple knows that they need to build confidence once again because Maps is a crucial piece of software for the phone, and with Google already working on an App for iOS 6 the pressure is certainly on. One has to wonder if this would have happened if Jobs were still with us. We just fear that Apple are now going in a new direction because those who shared Steve’s views have all but gone — we’re just uncertain if this will be for the good of the consumer or the bad? 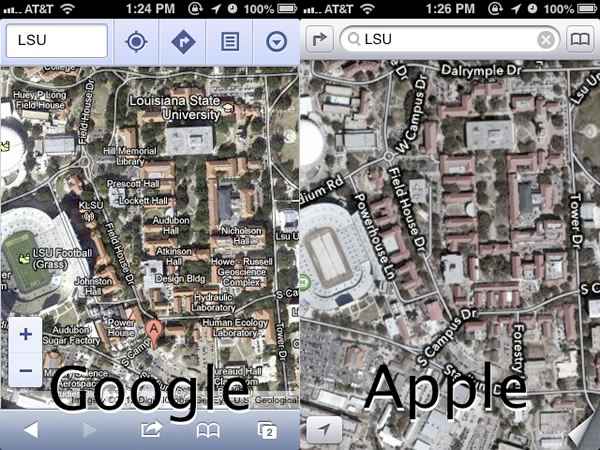 We’re told that because of the issues surrounding Apple’s maps app this has led to a fall in iPhone 5 sales, but Tim Cook has said that the service will improve the more people use it, so it’s like Apple want us to do the job for them. Why would anyone want to use a service that will get them lost or not even know where they are going in the first place?

One of the biggest issues Apple has is how they deceived us when they said this will be one of the best mapping service out there, clearly this is untrue and is proof that they should stick to what they do best (hardware) while letting the likes of Google doing what they do best (search and mapping).

We’re sure that Apple will get their in the end, but shouldn’t we have the right to choose a decent free service in the meantime? What mapping system would you like on your iPhone, and how much are you prepared to pay because the free ones have pretty limited features?

It’s clear to see that many iOS users are sticking with their current iPhone, or not choosing to upgrade to iOS 6 until Apple have rectified the issues with their Map app, that way they are still able to use Google maps — even if it doesn’t have turn-by-turn directions.