Many of the very impressive smartphones that we’ve seen announced recently have 5-inch displays with full 1080p HD and very soon we feel that every smartphone will need to have a 1080p HD display to be considered top-end. Two of the very best we’ve seen so far are the Sony Xperia Z and Huawei Ascend D2, both due in Q1 this year. We thought it would be interesting for readers to look at the Sony Xperia Z vs. Huawei Ascend D2 in a battle of the 5-inchers.

The Sony Xperia Z was announced at CES last week and looks likely to release in March. The Huawei Ascend D2 on the other hand will be initially released in China today following to other regions later. Both have a lot to offer smartphone users and while we haven’t room in this comparison to detail every single specification and feature, we will look at the key specs of each phone point-to-point to hopefully show readers which might be the best choice for them.

Processor
The Xperia Z is powered by a 1.5GHz Qualcomm quad-core Krait processor while the Ascend D2 uses the 1.5GHz Huawei K3V2 quad-core processor. Although on paper these look comparable, initial benchmarks showed the Xperia Z to be the faster device. 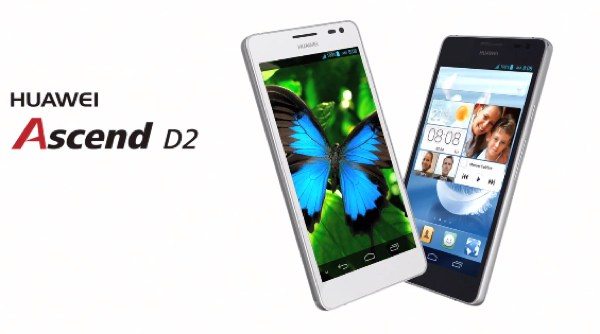 Price
The cost of the Xperia Z has not been officially announced but went up for pre-orders in the UK yesterday costing Â£530 SIM-free, that’s equivalent to around US $850. The Ascend D2 launches at Â¥3990, around US $640. However these prices may not necessarily be the same in all regions.

Both of these smartphones have notable specs then and the Xperia Z comes in three color options, black, white and purple while the Ascend D2 comes in white or blue. Both are also dust and water-resistant although the Xperia Z is also waterproof up to 1 meter and for 30 minutes. The Xperia Z also has LTE connectivity (where applicable) as well as NFC support.

We’ve embedded official videos on the Xperia Z and also the Ascend D2 below this story so that you can see more. Although both the Xperia Z and Ascend D2 are impressive we put the Xperia Z ahead on specs, although of course other factors such as availability and design will also affect your choice. If you are considering buying a 5-inch smartphone with full HD display are you attracted to either of these two handsets? Which do you find most appeals to you and why? Let us know with your comments.