The iPhone 5 may only have arrived in September but many of us are already focusing on the iPhone /iPhones for 2013. We have already posted many articles on what to expect for the next iPhone, dubbed iPhone 5S or iPhone 6, and recently heard about the possibility of a cheaper iPhone as well. However there is news today that there will in fact be 3 iPhones released this year, one of which we have never heard mention of before, the 4.8-inch iPhone Math. We have to say though that this seems unlikely to us and just doesn’t add up.

Of course we should start by saying that nothing at all is confirmed for any iPhone that may be launched this year, nor will be until Apple chooses to divulge that information. Nevertheless we always hear rumors and leaks regarding new iPhones that are on the way and many times we can get a fair idea of what to expect. We’ve already mentioned the possibility of an iPhone 5S to be announced in June at WWDC and also recently told of reports of a cheaper iPhone as well as one with a larger screen but didn’t initially give a lot of credence to the latter ideas. The idea of Apple coming up with a new less expensive plastic iPhone seemed ludicrous to us, knowing how highly regarded Apple is for quality. Equally an iPhone with a much-larger display also seemed highly unlikely.

However a China Times report has just come up with the news that Apple will launch three iPhones in 2013 and that two of them will be released before June is out. One of these is said to be the iPhone 5S with a 4-inch display, the same size as the current iPhone 5. The other one is called the iPhone Math and has a 4.8-inch display and both will apparently have 8-megapixel cameras. We wondered then if the third iPhone could be the cheaper model that we’ve been hearing so much about but it doesn’t seem so. The report states that the third iPhone will appear before Christmas and will have a 12-megapixel camera, hardly likely to be cheaper then. 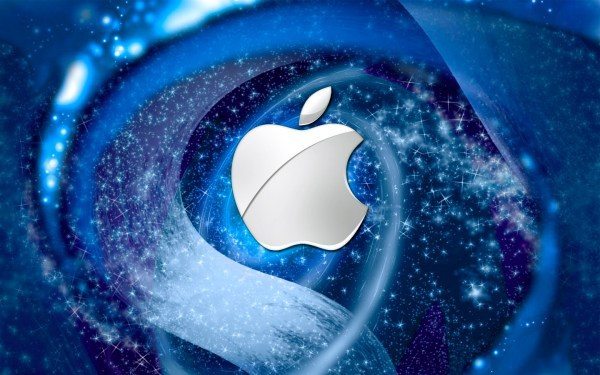 We’re also informed that component supplies will begin increasing, growing noticeably in March with production of the new iPhones starting in April. Although we initially didn’t feel a cheaper iPhone was plausible, yesterday we told readers about the possibility of the iPhone 5S having a fingerprint sensor and the same analyst that brought this news also said a cheaper iPhone is also on the way. At this point then it’s beginning to look more likely to us that there will be an iPhone 5S and maybe also a budget iPhone. However we still say the idea of a 4.8-inch iPhone Math just doesn’t gel with us. For a start the name just doesn’t sound like anything that Apple would come up with but mainly we cannot see an iPhone this year with such a large display size increase.

Apple already increased the display size from 3.5-inches on the iPhone 4S to 4-inches for the iPhone 5 so the idea that they would make a leap to an even larger display just a few months later doesn’t seem feasible. A 4.8-inch display would also mean the supposed iPhone Math would have the same size display as Samsung’s Galaxy S3 and this is something that Apple would surely avoid. Apple has never been into massive screen sizes for its smartphones, despite the growing trend, especially notable on Samsung products.

For now then we’re going to go with our gut feeling and say that we feel a 4.8-inch iPhone Math looks highly unlikely to us, despite the fact that the China Times report is getting a lot of attention right now. We’d like to hear what you think about this though. Do you imagine that Apple will really release two iPhones in June? Can you see any likelihood of an iPhone Math with 4.8-inch display? Maybe, despite our misgivings about such a device this is something you’d like to see? Let us know with your comments.