There were many disappointed users of the Microsoft Windows Phone platform late last year when the company confirmed earlier speculation that no current hardware on the platform would be seeing the WP8 operating system. The company has tried to soften the blow though by revealing that there would still be some new firmware coming to the handsets already in use, and we now have some news regarding the Windows Phone 7.8 update release and the global rollout.

Only a few days ago we told you about an update being pushed out to WP8 users, but the company has been quiet about its plans for the Windows Phone 7.8 update availability. There were thoughts that it may make an appearance by the end of this month, and this has now seemingly been confirmed.

Talk of an end of January release came from a number of carriers that had put the date up via their own official channels, and now some new rumours have emerged with the same timeframe via UK carrier O2. A customer asked the company when the update would be available, and according to WPCentral the carrier replied by saying it will be available by the end of this month. 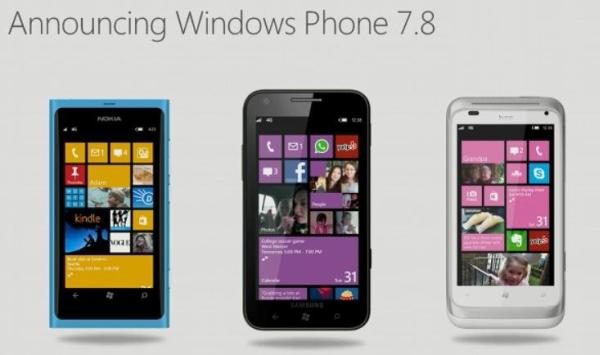 Windows Phone Colombia has revealed on its Facebook page a date of January 31st for the Windows Phone 7.8 update, and during the rest of the first quarter. So while Microsoft hasn’t officially come out to confirm this date yet it is looking good with a number of different carriers all given the same date.

The new firmware update will bring things such as a homescreen that has more room for resizable Live Tiles, pocket and child lock screen security, twenty new theme colours, Cinemagraph add on to allow users to turn images into movie like animations, camera lenses so users can edit images to remove things such as passersby, ringtone maker, and much more.

Users in the US though may have longer to wait before seeing the update, and many believe that Sprint users may not even see it at all. Meanwhile rivals AT&T normally reveal details just before an update is due to rollout, but Verizon on the other hand are notorious for the slow updating of hardware and not just on the Windows Phone platform.

Are you looking forward to the Windows Phone 7.8 update?