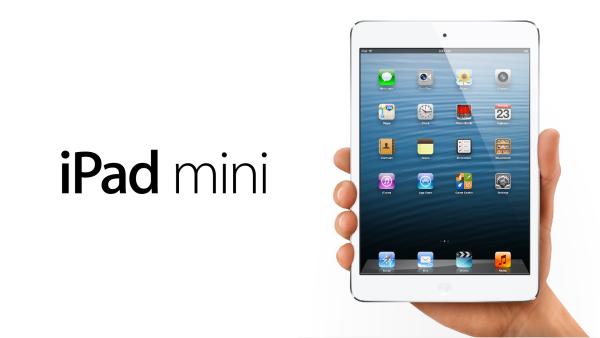 We often get to hear various rumours about upcoming Apple products with many of them proving to be pretty accurate. Now a new report is claiming to have some information about Apple’s 2013 product lineup and these include new iPad 5 and iPhone 5S rumours that have various release dates for the devices.

A few weeks ago there was talk that the iPad 5 could be seen as early as March, but the latest rumours seem to contradict these earlier reports. It is being claimed by iLounge that a physical model of the iPad 5 has been seen, and unlike previous years the device didn’t seem finished yet.

The device had a 9.7-inch display but was a lot smaller than previous iPad models with hardly any bezels surrounding the screen, and there was just enough space to fit in the camera and home button. It was also found to be a lot thinner than before and looked like a stretched iPad mini.

It is believed that a Sharp IGZO display has been used along with a more energy efficient processor, but will be around the same power wise as the iPad 4 while being a lot smaller and lighter. It is believed that the iPad 5 will see a release in October so to give Apple enough time to build sufficient stock as components won’t be that easy to get hold of.

There is also some news regarding the iPhone 5S that is supposed to look almost the same as the current model, but have a larger flash on the back, and also it is being claimed the handset may feature a Sony 13 megapixel camera sensor.

The handset is being claimed to be months away from full production with prototypes having the N51 and N53 codenames, and these have a July release date as a possibility. This could see Apple returning to showcasing the new iPhone at its annual WWDC event, which was speculated about before.

A cheaper iPhone model is again being rumoured but manufactured from a lower costing plastic body, and is being developed to take advantage of the huge customer base China Mobile has.

The high cost of the iPhone 5 in the country is believed to be the reason that demand for the device has fallen away, but a cheaper alternative would dramatically address this. The earlier rumours about the iPhone Math are being claimed by sources to be a mistranslation of an iPhone+, but a new model is supposed to be in the early stages of building but is not expected for release this year.

It is supposed to feature a 4.7-inch display but it is not known if it will ever see the light of day and be released to the public. There is again talk of a new iPad mini model that is also planned for a release in October, which will be basically the same except featuring a Retina Display. Source: iLounge.

Do you think these rumours will prove accurate?