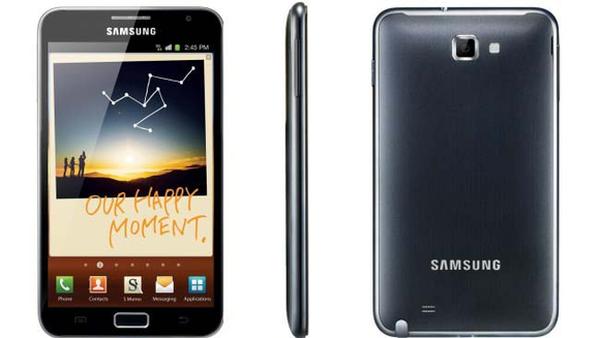 Smartphone manufacturer Samsung has been busy in the last few months updating some of its range to the Android Jelly Bean operating system. This has mainly focused on last year’s flagship models such as the Galaxy S3, while owners of older models up until recently have been left waiting, but now it seems that the Samsung Galaxy Note Android Jelly Bean firmware is closer following a manual update and some news from Canadian carrier TELUS.

The company recently started to push out the new operating system to another 2011 flagship device, the Galaxy S2, and now Samsung has updated the user manual for the GT-N7000 Galaxy Note. The support page for the handset now has a new user manual that includes the Jelly Bean firmware, and is dated January 25th, 2013.

This manual has been updated to include the changes that the firmware update will bring to the device, and namely what Samsung are calling the Premium Suite. This includes a number of new features such as Google Now, and the Samsung Multi View feature.

In another piece of news that further shows the update is almost here, Canadian carrier TELUS has officially revealed when it will start updating both the Galaxy Note and the Galaxy S2. The carrier will begin rolling out the Jelly Bean update during next month, so users could be only a couple of weeks away from receiving the new OS.

Both handsets are down to receive Android 4.1 at anytime during the month, but it does say that dates and versions numbers may change or vary by device. It is not known if these updates will be available as an over the air update or via the Samsung KIES desktop application, but at least it seems the handsets are getting closer to experiencing arguably the best Android OS so far.

Once Samsung does release Jelly Bean for the Galaxy Note it will also be the case of waiting for carrier specific versions to receive the software, as many of you will be well aware some carriers can take ages updating handsets to later software. Sources: Samsung and TELUS.

Which of the new features are you looking forward to most with the Android Jelly Bean update?