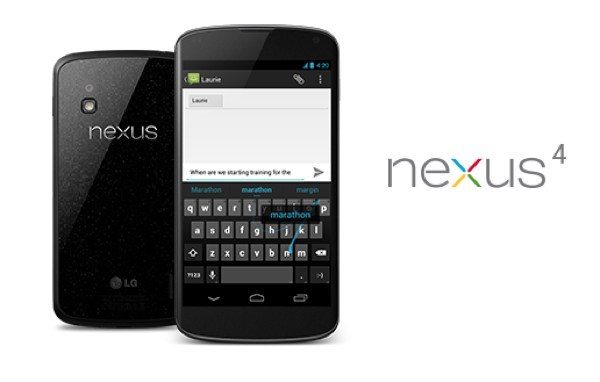 It seems the LG Nexus 4 hype continues and this has started heated discussions from around the world, is this smartphone really the one worth waiting for? Personally there are many other smartphones out there that are just as good if not better, but we will converse a few things that our readers have hit on and what they think about the Nexus 4 and all the excitement.

On Saturday 28th we reported some appealing news about the Nexus 4 and further disappointment for US with a little twist to boot, it seems that this handset is very hard to own. Many consumers would rather buy the Nexus 4 via Google Play and that is understandable because they was selling outright for only Â£239 ($376) for the 8GB model, we say “Was’ because they are still out of stock. The news we provided Saturday was mainly about T-Mobile US having the handset in stock and then they were out of stock, but it seems on the T-Mobile website they are back in stock again.

The downside to buying elsewhere rather than Google Play is the money difference, with Google Play you can buy the Nexus 4 outright, buy direct from the likes of T-Mobile and you will have to go the contract route, which is not cheap at all. We can see over on T-Mobile that the cheapest option is the ‘Classic 500 Minute / Talk’ and this will set you back $39.99 per month, add that up over one year is a staggering $479.88 but times that by two because they are on a 2 year agreement and you will pay $959.76, ouch is what we say here, it makes sense to wait for Google Play to get more stock in.

Now we move onto the Nexus 4 hype train, what is all the hype about? We have had many comments fly in over the last few months and we really want to share them on a wider scale so that you can answer them right here, instead of looking at our multiple articles that we have published.

One reader mentioned – “What is all this hype about?” The reader said that they purchased the Nexus 4 after owning the Galaxy Nexus, and said it is a great handset that is faster as well as having a better camera, but it is not exactly and God send. They also mentioned that the Nexus 4 is not like going from the Motorola’s RAZR to the Original iPhone, what do you think about this statement from one of our readers?

Another reader said that if the Nexus 4 is in popular demand, both LG and Google should ramp up production, if they did this they might have an iPhone killer on their hands. When they say iPhone killer they mean one smartphone against another, not the iPhone against all Android phones. Another interesting comment we read was a reader quoting “It’s all about value. Nexus 4 has nearly the same specs as the Galaxy S3, yet costs half as much.”

It does not matter to the buyer who is to blame being it Google or LG, what matters is the Nexus 4 is one of the most sought after handsets on the market and both firms need to capitalise on this and get more stock in. It is a very stupid saga that could damage both Google’s and LG’s credibility.

We here at Phones Review would love to know if you are now considering forgetting the LG Nexus 4 and thinking about purchasing a different phone altogether, if you have anything to say about the Nexus 4 please do share with us. How long will the Nexus 4 hype continue?