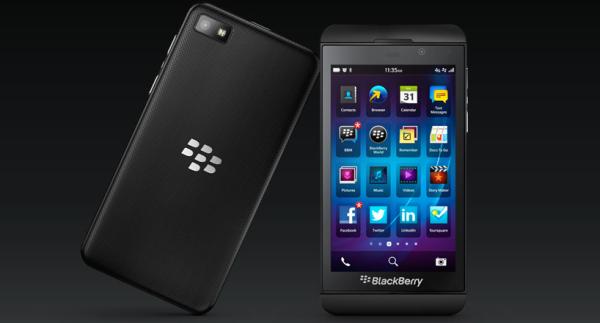 The smartphone market in recent years has been dominated by the Apple iPhone and Android with the likes of BlackBerry and Nokia’s Symbian falling by the wayside. Both companies are looking to change this though and we recently saw the launch of the new Blackberry 10 OS that has seen the Z10 sell out in much of the UK already with BB10 seemingly gaining popularity.

The BlackBerry Z10 was launched as the flagship handset on the new platform and since becoming available in the UK according to the company has already sold out of the white model, which is exclusive to retailer Phones4U for the time being.

CEO Thorsten Heins stated that a number of consumers purchasing the new BlackBerry 10 hardware had switched from other platforms, and the black version of the Z10 is also selling well. While he couldn’t yet give exact numbers he said the company was encouraged by the early take up of the new platform.

This saw the company’s shares rally by 15% on Monday with reports of strong sales in the UK helping in the movement, which came after an initial fall shortly after the event to showcase the BB10 platform. Heins noted that the company’s biggest challenge will be the US market that won’t be seeing the new OS until March, and said he was disappointed by the US launch coming later than other regions.

He realises that the company needs to regain market share in the country for BlackBerry to again be successful, which last year saw its share fall to only two percent compared to 46 percent in 2008. Source: Daily Mail. Have you already purchased a handset or tried out the new BlackBerry 10 platform and what do you think of it?