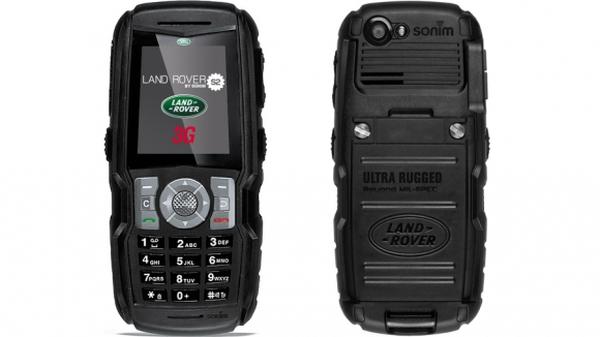 The name Land Rover is normally associated with tough rugged go almost anywhere cars with more modern ones also having that touch of luxury as well, but we now have news of the Sonim Land Rover S2 phone that has been designed for professionals and adventurers alike.

This handset has been designed to be an ultra rugged 3G UMTS smartphone that has been designed for users that are exposed to the most hostile environments. The handset is also backed by the company’s industry leading three year comprehensive warranty, so purchases of the Land Rover S2 know they can count on the handsets reliability.

The handset goes a bit further than other rugged devices as it can even withstand being submerged in two metres of wastewater thanks to its IP68 rating. It is also dustproof and can take being dropped onto concrete from two metres.

It has a 2-inch high resolution display that is protected by 1.5mm thick Corning Gorilla glass that is shock and scratch resistant, and there is a two megapixel camera capable of video recording paired with a bright LED flash and digital zoom.

The Land Rover S2 is capable of up to twelve hours of talk time on 3G or twenty two hours on 2G, and other features include widely spaced keys for use with gloved hands, loud audio thanks to the 23mm speaker, JAVA Application Manager, and much more.

It is available SIM free for Â£358.80 including VAT and for more information or to order click here.

Do you need a rugged smartphone?