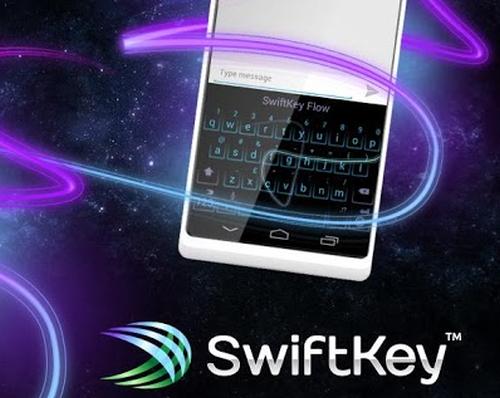 Away from any hardware reasons many smartphone fans choose Android because of the way the platform allows users to change some of the stock features of the handset without the need of Jailbreaking. Today SwiftKey 4 has been released for Android that brings simplicity and Flow to users of the app.

The popular third party keyboard has just been updated on the Google Play store and the SwiftKey Flow is available to all users, which has been in a limited beta for a while now. The name has been dropped and it is now an optional feature to the keyboard, and if you have yet to use the application and don’t fancy paying out there is a free version that gives you a month’s access to neat keyboard.

In our opinion it’s the most versatile and complete keyboard available on the Android platform and the update even brings more colours, themes, and now has support for over sixty languages. The keyboard learns from the user as you use it, but this doesn’t include passwords and other sensitive data.

The SwiftKey Flow feature allows you to seamlessly switch between gesture and tapping, and you can even type using three different languages simultaneously. Users can enter complete phrases without lifting their finger from the screen by sliding to the space bar between each word. I have installed this application to my Samsung Galaxy S3 and much prefer SwiftKey to the standard Samsung keyboard.

Obviously it won’t be the same for every user but you can always download the free trial to use it for a month, and the longer you use SwiftKey the better it gets. To download yourself head over to Google Play, and check out the demo video below.

Have you used SwiftKey?

One thought on “SwiftKey 4 release for Android brings simplicity & Flow”