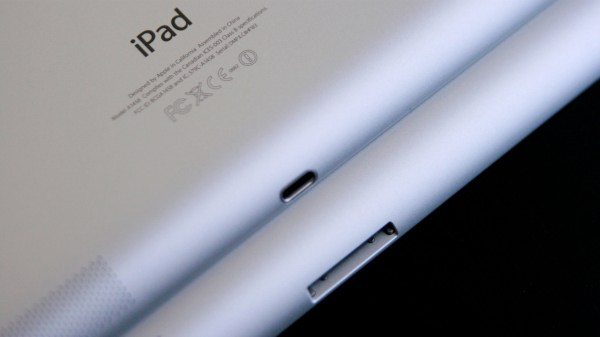 When the Apple iPad mini came along last November and quickly became so successful, many started to wonder if it spelled the end for the larger-sized iPad. It took many by surprise when the iPad 4 was launched at the same iPad mini event, as not many of us had been expecting a new full-sized iPad so soon. The publicity and attention that the iPad mini received put the fourth-generation iPad very much in the shadows though. It now appears that the iPad 5 could be released in Q3 and this time around Apple looks set to be completely revamping its standard iPad.

Not too long ago there were rumors of a March release for the next iPad but we were always rather skeptical of this and more recently we heard about a possible October timeframe. Now there is news from a Taiwan-based research firm that believes the iPad 5 will arrive in Q3 and this same firm not only gives this release information but also says the next full-sized iPad will be completely overhauled. Now that’s certainly something that we think could spark interest in the elder statesman iPad again!

A while ago we told of leaks that the iPad 5 would have GF2 technology as used on the iPad mini and also looked set to have much thinner bezels, we also showed a render of what such a device might look like. This now seems to be backed up with this latest information from TrendForce and it was analyst Eric Chiou who came up with the findings used for the report.

The report notes that the product design for the next iPad will be improved, it will use GF2 technology and have narrow bezel panels and that this will “gain a better balance for consumers in mobility and visual experiences.” In other words it will keep the weight and thickness down as well as looking good. As well as this it’s noted that the costs to Apple of manufacturing the next iPad could be reduced with the new display panels but it’s not yet known whether Apple will pass on that saving to consumers.

The same report also says it’s expected that the arrival of the 9.7-inch iPad 5 will see the retirement of the iPad 2, which will presumably head to that great big tablet market in the sky. It’s certainly interesting to see this latest report backing up previous leaks and rumors about the iPad 5 and as always with Apple products it could be a long waiting game ahead until we can confirm all of the official details.

What are your thoughts on the fifth-generation iPad? Maybe you’d been thinking of switching to the iPad mini? Perhaps you’ve always been a fan of the larger iPad and welcome the thought of a radical face-lift for the device? Let us know with your comments.

One thought on “iPad 5 Q3 takeoff with complete revamp”