BlackBerry Z10 SIM free version up for the retail in UK 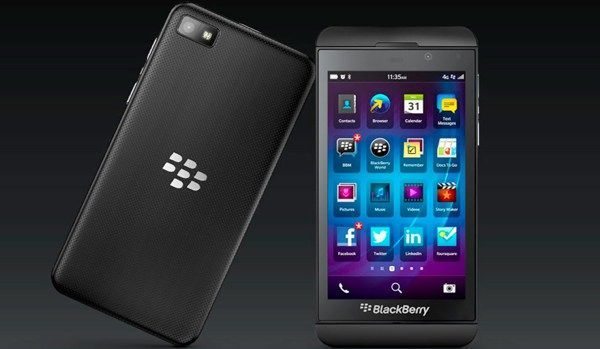 BlackBerry has launched its flagship phone Z10. BlackBerry Z10 runs on its new operating system BB 10, a new platform that the phone maker hopes will help it take on the competition. The BlackBerry Z10 heralds the rebirth of a fallen leader in the smart phone market.

It’s a clean break from the past with a big touch-screen and novel OS, but the same business mentality that made it the favourite of office dwellers around the world. Except, this time BlackBerry has also added a dash of fun.

BlackBerry 10 that powers the phone is a modern operating system with a brand new gesture-based interface and support for powerful dual-core CPUs. If you think dual-core Krait is old news on Android, you’d be right, but the Z10 is closer to the iPhone in this regard – the OS has been optimized to run on very few devices, allowing for maximum efficiency.

Then BlackBerry equipped the Z10 with a 4.2″ WXGA screen – slightly bigger and sharper than the iPhone 5’s retina display – but kept the package more compact than certain massive droids. Then comes all the connectivity features, hardware ports and slots

Here’s what they ended up with, the good and the bad of it:

Z10 SIM Free Available In the UK
The handset has been available with a number of the various mobile carriers and now according to one UK retailer, Unlocked Mobiles; the SIM free version of the BlackBerry Z10 is available in the UK from the 1st of March. According to the retailer, the Sim free z10 is in stock and the handset is available for Â£524.99.

BlackBerry CEO Thorsten Heins claims that the device has seen the most successful launch in the company’s history, selling out across the UK.

PrePayMania offers the Sim free unlocked Blackberry Z10 mobile phones at attractive costs and at a savings rate of all time high 23%. If you want to take advantage of this great offer, head over to PrePayMania, one of the leading and foremost retailers in UK.