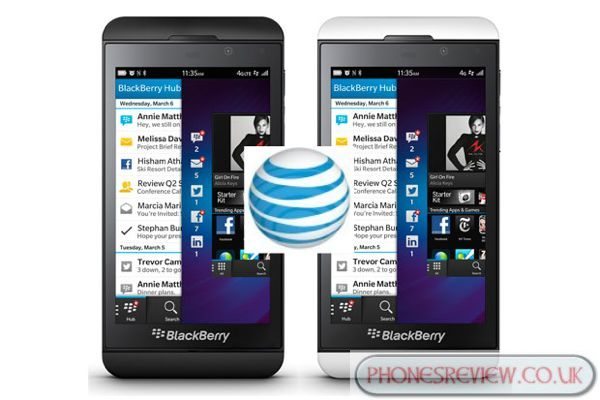 The BlackBerry Z10 seems to be making its rounds at the moment and next in line for this new BB10 smartphone is none other than AT&T, we can now give a little more news covering the Blackberry Z10 AT&T release date speculation.

We already know that T-Mobile, Verizon and AT&T will be carrying the smartphone because you can register your interest on the carriers’ websites. This is the only way you will get email notification of when they will be available to buy.

The AT&T BlackBerry Z10 release date according to N4BB is speculated to be March 15th, which is the same release date as other retail locations. The T-Mobile version can be pre-ordered on March 11th with availability on the 27th for personal users, T-Mobile business users can get their hands on the Z10 on March 13th.

So T-Mobile will get it first if all the news is correct then AT&T and Verizon will follow shortly after, we already reported that Sprint may not be getting their hands on the BlackBerry Z10, we will keep you posted.

In the UK many retailers are dropping the BlackBerry Z10 price, Carphone Warehouse is now offering for as little as Â£29 per month, and Vodafone and Phones 4u are all following suit. Does this mean after a few weeks after being released in the US will they slash prices?

So will you buy the BlackBerry Z10 on T-Mobile, Verizon or AT&T, or will you just wait for the Q10?