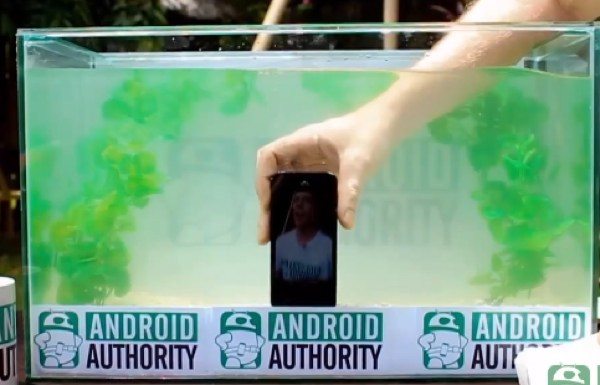 The Apple iPhone 5 continues to be a top selling smartphone but one of the criticisms that the phone has often faced is how easy it is to shatter the glass and the handset being prone to being easily scratched and scuffed. However a video we have for you today shows an iPhone 5 being put through a torture test and to be fair the results are not that bad at all.

We’ve looked at the durability of the iPhone 5 in various drop tests, where again the handset fared far better than we initially expected but this video takes things a step further adding tortures such as the iPhone 5 being drenched in coffee, a water dunking and also a scratch rumble. Some new phones, such as the Sony Xperia Z are certified to be dust and water proofed but bear in mind the iPhone 5 makes no such claims so does pretty well.

The video begins with a coffee spill test where a plentiful amount of hot coffee was poured onto the phone. The iPhone 5 passed this one with flying colors, still working fine after a quick wipe down. Following this the phone was subjected to a scratch test, being inserted in a bag of coins and keys to replicate a pocket and very roughly handled, shaken and slid up and down a surface. Again it passed the test with only some very minor damage inflicted.

The final test however, did put paid to the iPhone 5 but it did involve being dunked in an aquarium full of water for 15 seconds so we wouldn’t really expect anything else but the handset finally giving up the ghost. In fact the phone did continue to work for 5 minutes before some initial problems set in and then the iPhone 5 met its demise but to be honest 15 seconds is quite a long time for a phone to be immersed in water. Usually a mishap may involve the phone being fished out much more quickly so we still think the iPhone 5 did pretty well.

You can check out the 6-minute Android Authority YouTube iPhone 5 torture test video below where you can see for yourself just how the phone coped. We’d like to hear what you think about the results. Are you surprised at how well the iPhone 5 stood up to the battering before its eventual visit to the smartphone heaven in the sky? Maybe you haven’t been as lucky with your own iPhone 5 handling experience? Let us know by sending your comments.