Samsung May Ditch the Stylus for Galaxy Note 3 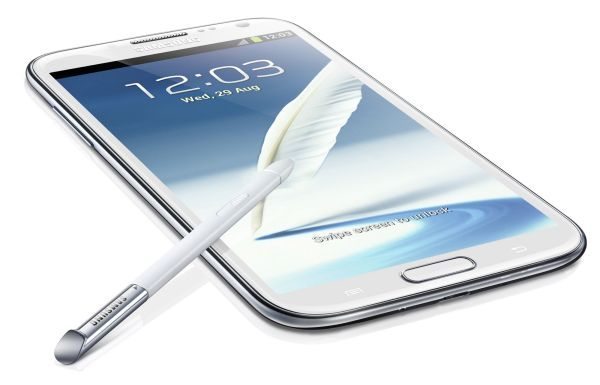 Rumors abound that Samsung may not include a stylus when the next Galaxy Note “phablet” (phone-tablet hybrid) is released. The Samsung Galaxy Note 3 might feature technology that eliminates the need for a stylus. And manufacturers hope this new model will build upon the success of the Samsung Galaxy Note 2, becoming one of the best cell phones of 2013.

Some, on the other hand, believe that Samsung will choose to include the stylus even if people do not need it: Android Geeks reported that the Galaxy Note 3 will still come with a stylus, but that it might not be necessary to use the stylus for most tasks.

The inclusion of a stylus in the first place was controversial: The tool recalls images of stone-age devices like Palm Pilots or credit-card verification machines. But Samsung made the gamble anyway, and it paid off: According to CNET, Samsung shipped 3 million units of the Galaxy Note 2 in the first 30 days after its release, and 5 million in the first two months. T-Mobile, Verizon, AT&T and Sprint all carry the model.

So why, then, would Samsung veer off a proven track?

Though, as Autoomobile’s Cecelia Dahl notes, Sony used similar technology in its Xperia Sola; Samsung may be using technology that allows users to use their fingers to hover over the screen when writing, making selections and otherwise operating the phone.

Of course, this hovering feature is nothing new for the Galaxy Note line of phones. It’s the possibility that it will be available sans-stylus that’s exciting.

AirView, experts say, was one of the reasons for the Samsung Galaxy Note 2’s surprising success. The innovative interface helped the Galaxy Note 2 become one of the most popular phones of 2012. Here’s how it works, essentially: An indicator shows up on the screen whenever a user places the stylus anywhere near the screen. From that point, users can operate the Galaxy Note 2 without even touching it. Email, calendar and most other basic apps work with the AirView interface.

So how would something like AirView work without a stylus? Samsung has not released any sort of demonstration of the technology. Though consumers are familiar with Sony’s method, they are also eager to see how Samsung adapts it to the Galaxy Note 3. They have questions: Will Samsung employ multi-touch technology that would enable users to wear gloves while operating their device, as Dahl hopes? Will fingertips be accurate enough to operate the phablet without a great deal of frustration?

Samsung will answer these questions and more when it releases the device later this year.

Phones Review Say’s – We do have to point out that the new Samsung Galaxy S4 features AirView, this means users can scroll content by waving their hands on the screen without touching the screen at all, you can also answer calls by waving your hand in front. It does seem pointless having a stylus for the new upcoming Galaxy Note 3.