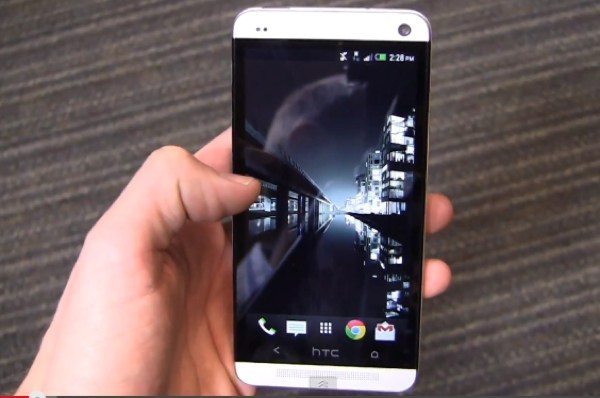 We have not held back in our enthusiasm for the HTC One smartphone that is just about to release widely and we have been highly impressed with not only the top-notch specs of this phone but the beautiful design and build too. The first reviews are now coming in and we’ve come up with an HTC One review roundup for you where we look at the verdicts from those in the know.

As a recap before we look at the review verdicts we’ll remind you of some of the key specs and features of the HTC One. It’s powered by a 1.7GHz Qualcomm Snapdragon 600 quad-core processor, has a 4.7-inch Super LCD3 display with resolution of 1920 x 1080 and a whopping 469 ppi, 2GB of RAM and 32 or 64GB of internal storage, non expandable. It also has a 4-megapixel Ultrapixel camera, especially impressive in low-light conditions, a 2.1-megapixel front-facing camera, LTE (where applicable), Beats Audio, Wi-Fi 802.11 a/ac/b/g/n, Bluetooth 4.0, NFC and it all runs on Android 4.1.2 Jelly Bean, upgradable to 4.2.2, with HTC’s Sense 5.0 UI and features such as BlinkFeed and Zoe.

Now to the reviews and we’ll start with Laptop which offers a very comprehensive look at the HTC One. This review looked at everything from display, design, audio, UI, keyboard, performance, camera, battery and much more. Pros were noted as the design, 1080p display, dual speakers, camera (especially for low light photography) and the speedy performance. Cons were the lack of wireless charging, the difficulty of operating it with one hand, the unusual button arrangement and the Zoe camera feature, said to be gimmicky. However the combination of the design, refreshed home screen, and more contributed to the verdict of the HTC One being described as “a stellar Android phone” and the phone scored a 4/5 star rating.

Another review comes from PC Advisor and again this highlighted the excellent build quality of the HTC One along with performance. The verdict was that “alongside the Sony Xperia Z and iPhone 5 this is about as good a phone as you can buy.” The review gives individual ratings of 4/5 stars for build quality, 4.5 stars for features, 4.5 stars for value for money, 4.5 stars for performance, with an overall rating of 4.5/5 stars.

Know Your Mobile has also come up with a full review and once more the design comes in for high praise as well as the display, power and fresh new interface. Cons are seen as the camera, HDR video and the buttons, said not to protrude enough. The ultimate verdict from this review is that it “sets a new benchmark for quality and innovation across the board” and the HTC One earned a stunning 5/5 star rating.

An HTC One review from The Next Web next and this time there’s no star rating but the bottom line says that the HTC One is “arguably the best Android smartphone on the market.” The display and design of the phone stand out for more praise but some of the software features face a mixed reception while the camera “doesn’t deliver on the promise of better images.” Although ultimately it’s decided that the HTC One is a “great smartphone” the reviewer feels that HTC will carry on struggling against the mighty Samsung, now so dominant in the Android market.

Finally we have a snapshot review of the HTC One from Phone Dog. Again there’s no overall rating but the reviewer gives a highly positive verdict for the phone. Again the “beautiful” design receives loud plaudits, described as “it screams premium on every level. The processor and speakers also receive praise but the battery is seen as an area that could be improved. A video also comes with this review and we’ve embedded it below this story for your viewing pleasure.

So that’s it, a look at some of the first reviews and we can hardly remember the last time we saw such universal acclaim and approval of a new smartphone. No doubt we could see this again soon though when the first reviews of the just-announced Samsung Galaxy S4 come out. These two Android phones are perfect competition for each other and if you’re interested you can see our look at the HTC One vs. Galaxy S4 here.

We feel with reviews as good as these the HTC One will fly off the shelves on release and deserves to be successful and gain its fair share of the smartphone market. We’d like to know how you feel though. Are you thinking of purchasing the HTC One? Did anything in these reviews convince you that the HTC One will be your next choice of smartphone, or indeed deter you away from it? Let us know by sending your comments.