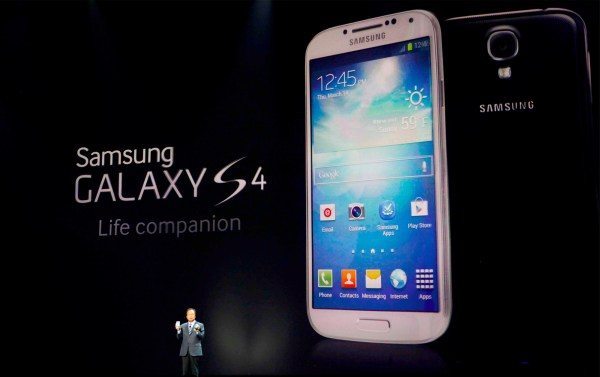 We have all been carried away on the tide of expectation and eventual reveal for the Samsung Galaxy S4 smartphone. When it was unveiled we were not disappointed and the phone has been generally excellently received but after waiting patiently for all the details we were looking for we are still left without some important information. We thought we’d take a look at what we still want to know about the Galaxy S4 and bearing this in mind we’d say that Apple still manages its major device launches better.

This is not meant to turn into an Apple vs. Samsung or iOS vs. Android debate as we know that many readers are fiercely loyal to their preferred devices or platforms, but one thing we can’t get away from is how Apple absolutely kills its device launches, from trickling out minor details at first to dealing out information about the new device next and then building up to the big finale, always somehow leaving us wanting even more.

One of the big criticisms of Samsung Galaxy S phone launches over the last year or so was how those in the US often felt rather left out as the phone was released in other regions first, not reaching them until some time later. This year Samsung attempted to make US customers feel more part of the fold by holding an event in New York but despite an all-singing, all-dancing affair, parts of which were mind-numbingly dull, we were still left at the end with too many questions. Samsung may have introduced the new Galaxy S phone in the US for the first time but unfortunately that didn’t make any difference in filling in the gaps.

For instance there’s the question involving concrete release dates for the Galaxy S4. Although we were told the phone would first release in late April, which turned out to be April 25 for the UK, there were no other confirmed dates for releases in different regions. We may have found out that India and Italy would see a launch in early May and that the US was more likely to see it hit shelves ‘sometime’ in May or June but it was all very vague. Contrast this to Apple iPhone events where Apple also gives some confirmed release dates for different regions and you’ll see what we mean when we say Apple does it better.

Another thing we’d still like is some official price news from Samsung for the Galaxy S4, which again was not forthcoming at the event. Although some details have trickled out on pricing for the UK and a possible US price, we’d still like to see the price of the device officially declared at the announcement event so that customers know exactly what they will be facing. Again this is something that Apple does better, giving official price details at the time of the unveiling.

One more thing regards storage options and although we were officially informed at the Samsung Unpacked event for the Galaxy S4 that it would have 16, 32 and 64GB options, we weren’t told where those options might be available. The same storage options were available for the Galaxy S3 but not all models were available in all regions and on all carriers and that’s something that many customers would like to know in advance when planning their purchase. Again this is information that Apple is transparent about from the beginning.

We think the Samsung Galaxy S4 is a great smartphone that will be difficult to match but if only Samsung would learn some lessons from Apple on how to launch a major new device we’d be happier still. Surely some factors such as official release dates and pricing should automatically be part of such an event.?

We’d like to know what readers think about this though. Would you like to have seen these basic questions answered at the event that introduced the Galaxy S4? Maybe you disagree and got something out of Samsung’s S4 event that we didn’t? (Please don’t say the dancing!) Let us know with your comments.