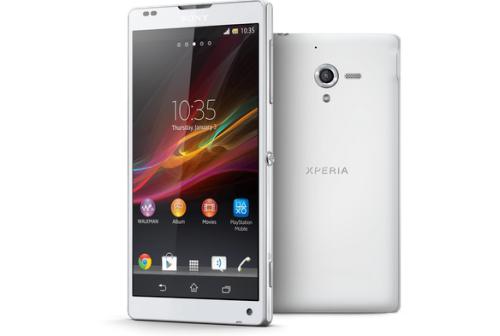 While the main focus has been on the new Sony Xperia Z from the company over that last few weeks, Sony still has a number of different handsets becoming available and the price for the Sony Xperia ZL has possibly appeared for Rogers in Canada ahead of a release.

The handset is slightly a lower spec than the Xperia Z but still has some worthy specifications in its armoury, and now a document has been leaked with the pricing for the Xperia ZL, and if you want the device without a contract its yours for $624.99. This is less than Sony themselves who will sell you the handset for price of $674.99.

If you want the device on a three year contract the handset will still cost you $124.99, and this is for a handset that still has a lot to offer even if it isn’t dust and waterproof. To recap the device has a more compact feel compared to the Xperia Z but still uses a 5-inch Full HD touchscreen display with a pixel density of 443ppi.

Other features include a quad core Qualcomm Snapdragon S4 Pro APQ8064 processor clocked at 1.5GHz, which is paired with an Adreno 320 GPU for the graphics and 2GB of RAM. There is 16GB of on board storage that is expandable by a further 64GB thanks to the microSD card port, a 13-megapixel rear facing camera with Exmor technology that is also capable of 1080p video capture, and a 2-megapixel unit on the front of the device.

The handset will ship running the Android 4.1 Jelly Bean operating system but Sony has promised a quick update to 4.2 Jelly Bean shortly, and supplying all the power to the handset is a 2,370 mAh battery pack.

Will you be getting the Sony Xperia ZL?