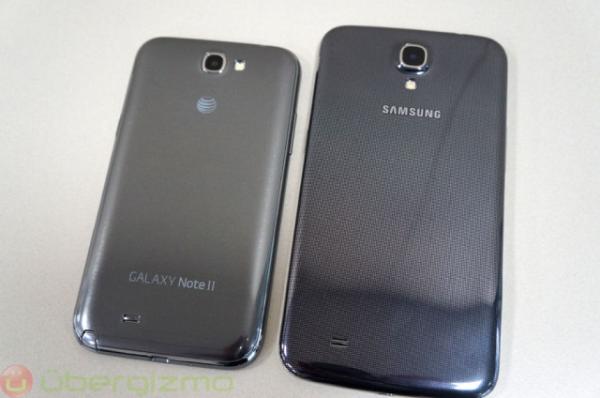 There are a growing number of consumers that like the phablet device with its larger screen size that at a time was limited to the 5.5-inches of the Galaxy Note 2. Now though Samsung has launched some new devices and today we have the Galaxy Mega 6.3 vs Galaxy Note 2 with side by side images and specs.

The Samsung Galaxy Note 2 has rightly gained many good reviews and fans alike but you have to wonder if the company has gone too far with the Galaxy Mega 6.3. As you can see on this page from the image courtesy of Ubergizmo the new handset dwarfs the already large Galaxy Note 2.

Display
Samsung’s new device features a 6.3-inch TFT display with a resolution of 720 x 1280 with a pixel density of 223ppi, which compares to the Note 2 that uses a 5.5-inch Super AMOLED display with the same resolution and 267ppi.

Is the Samsung Galaxy Mega 6.3 too big for your tastes?