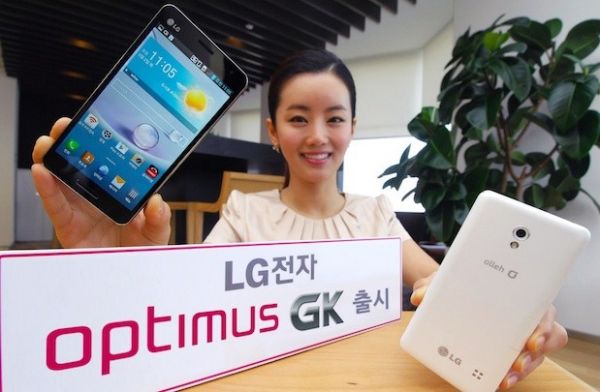 A new smartphone has been announced, which has been designed specifically for the Korean market. The new phone is called the LG Optimus GK and has Optimus G Pro similarities; the GK model comes with a 5-inch display.

The Optimus GK does have a microSD card slot for up to 64GB cards, other features include Android 4.1.2 Jelly Bean OS, LTE, as well as a 13-megapixel camera on the rear and a front-facing 2-megapixel camera for video calls, and a 3,100 mAh battery.

At the moment we do not know when the LG Optimus GK will be available in Korea, but it is expected to release within the next 2 months, the price has not yet been announced either.

LG will surely announce a sequel to the LG Optimus G Pro but for now they wish to bring as many variants as they can before they do so, we call this milking the system. The LG Optimus GK will become available in Platinum White and Indigo Black, and we can see the price being similar to the Optimus G Pro.

If you live in Korea please do let us know if you will be buying the LG Optimus GK once it releases?