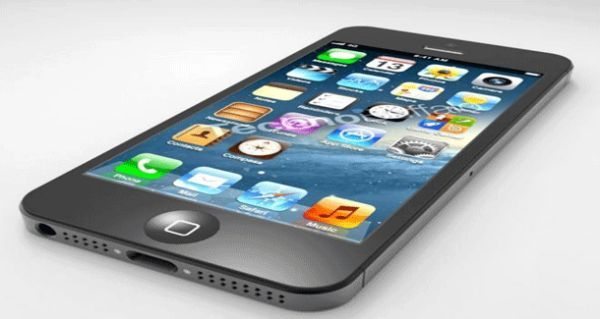 Apple fans are very loyal indeed and when the iPhone 5S is released is it true to say that loyalty overcomes normality. We know Apple consumers keep buying products and are faithful to the fruit logo because the iPad 4 was released just six months after the iPad 3, but these sold like hot cakes.

Not so long ago there was a survey conducted by the Yankee Group spanning 16,000 Americans over a one year period, this showed that 91 percent of iOS users were going to buy another iPhone, and only 6% said they would purchase an Android phone. Even though Android users continue to slag off the iPhone for not being innovative and for copying Samsung ideas, 24% of Android users said they would buy another phone with 18% thinking of an iPhone.

Apple loyalty is very strong indeed and so much so it is set in quick-drying cement, but many have questioned if loyalty should be overcome by normality. The iPhone 3GS followed the 3G and some say the ‘S’ stood for speed or second edition, then the iPhone 4S followed the 4, there were no logical reasons behind the letter ‘S’ other than the successors performed a little faster.

Then Apple went from the 4S to the iPhone 5, yes the design got a little longer, a little thinner and lighter, much faster and with a super fast charging capability thanks to the Lightning connector. The new iPhone 5 comes with a 4-inch Retina display with a resolution of 1,136 x 640 pixels at 326ppi, and it features a widescreen 16:9 aspect ratio, on top of that WiFi has also be upgraded on the iPhone 5, many have said there is hardly any difference, and not worth paying a lot of money when your not getting all that much extra.

We have to say we use the iPhone 5 on a daily basis, but for us the smartphones that stand out the most for innovation and likability has to be the Samsung Galaxy S4 and the HTC One. Now you are wondering if we will buy the iPhone 5S or 6, the answer to this is yes simply due to the fact of owning so many films, apps and many other Apple products in the house, they sync well together and it works for us on the business side of things.

For myself to simply change from an iPhone to another manufacture would mean a loss of a lot of money that cannot be transferred to say an Android device.

So, what is it about the iPhone? This is another question that keeps popping up, Apple sell millions of iPhone’s a year and they have created a trend that will possibly never change, but have they really created innovation over the last year. All we see is a refresh on an older model, do not get me wrong iPhones are great devices for personal and business, but it is not innovative enough to say WOW. The iPhone 5S need to have the wow factor, something we have never seen or heard of before. Siri, really — we have never used it for productiveness because it’s more fun to say bad things to it for a response.

We have had comments on Phones Review before about the iPhone being boring but yet still sell millions of devices a year, they may not show new innovations but they still release good products that are of quality. Is Apple really trying to compete with the likes of Apple or is it the other way round where Samsung is trying to compete with Apple?

So many things have been said about the Apple iPhone of late, and one of our comments said the iPhone 5 is thinner, faster but nothing in the way of innovation.

Apple really needs to release a new iPhone, something completely different from the normality of what they normally release, and it should not be just an update with a slight refresh.

Phones Review Says: Drop the ‘S’ Apple on the next iPhone, 5S is too boring; move on to the iPhone 6 or how about the iPhone 5+, personally the 6 is the better option. Another comment stood out for us when a reader said Apple would not release a smartphone called the iPhone 5S, time will tell as they say.

What we do know is that Tim Cook has promised new products this fall of 2013, WWDC will reveal all and we will be on top of it.

Do you think the iPhone 5S / 6 loyalties will overcome normality? When we say normality we mean Apple is predictable in what they release.