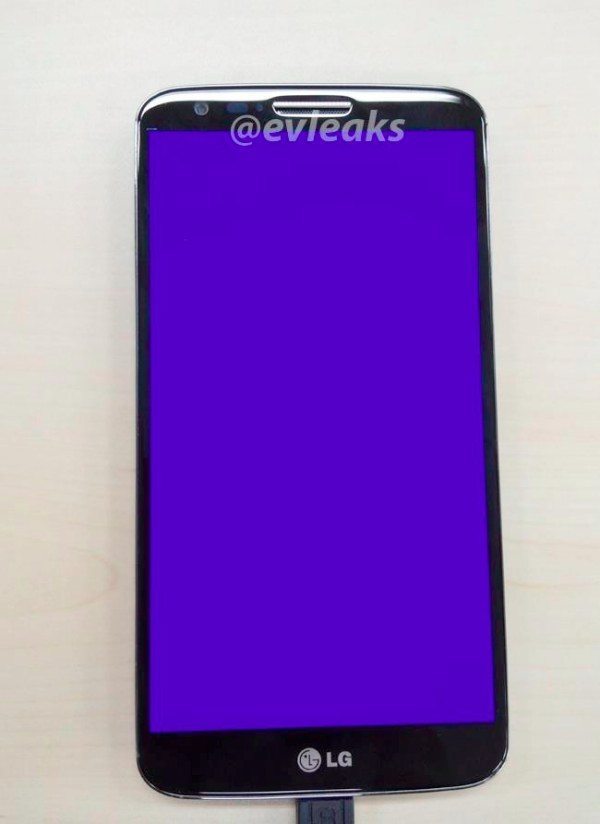 A new leaked image has arisen that is making waves as it depicts an unknown LG smartphone. The much-discussed Nexus 5 and LG Optimus G2 are both candidates to be the subject of the leaked image although nothing can be confirmed at this stage. However it’s certainly interesting to take a look and speculate further.

We’ve written many posts now on both of these phones and the latest report about the Google Nexus 5 seemed to make it more certain that it will in fact be manufactured by LG following widespread rumors about this. There will be plenty of people scrutinizing this latest image then and of course it could well be the Nexus 5. However we should point out that in the leaked image you see below, the LG logo is positioned prominently at the bottom front of the handset and we wouldn’t expect to see it there on a Nexus device.

If it’s not the Nexus 5 then it could be the LG Optimus G2, however it looks nothing like a recent image that we showed readers purporting to be of the Optimus G2 although we had no way of verifying the authenticity of that photo. We cannot verify this latest image either but evleaks is quickly gaining a name for leaking a lot of images that turn out to be the real deal, although this time around they haven’t named the device in the photo.

There don’t appear to be any physical buttons on the front of the device either so this is all absorbing stuff and for now we can only ponder further as to what device this could actually be. We’d certainly be interested to hear your thoughts on this.

Are you more inclined to believe this is the Nexus 5 or the Optimus G2? Maybe you think it could be a handset that we’ve previously not heard anything about? Let us have your comments on the intriguing image below.