The Galaxy range of smartphones is getting larger all the time with a variety of products on offer from the company, and will we have already heard talk of a Galaxy S4 mini but now a Galaxy S4 Zoom camera phone is being hinted for a summer release.

Samsung has just released its latest flagship device to the public but now there are reports the company is getting ready to launch its first camera phone in the form of the Galaxy S4 Zoom. It is being claimed the device will feature a 16-megapixel camera sensor that will likely be the same sensor that is used on the Samsung Galaxy camera.

Other specifications rumoured to be coming on the device include a 4.3-inch qHD Super AMOLED display that has a resolution of 540 x 960, 8GB of on board storage that can be expanded by a further 64GB via microSD card, 802.11 a/b/g/n Wi-Fi, A-GPS, Bluetooth 4.0 LE, and could possibly come running the Android 4.3 Jelly Bean operating system.

There will obviously be Samsung’s TouchWiz Nature UX but at the moment there is no information regarding the processor or RAM the device will be using, but it is believed to be a dual core power plant. It is rumoured to launch sometime during the summer, but as usual as this is only speculation it has to be taken with the usual dose of salt.

Update: A render of what the Galaxy S4 Zoom could look like has appeared courtesy of Mobileaks. 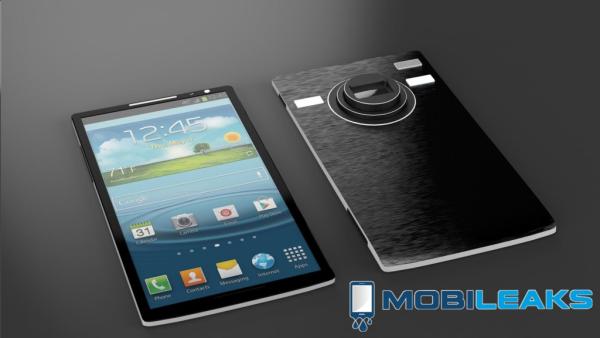 Do you like the idea of a Galaxy S4 Zoom camera phone?