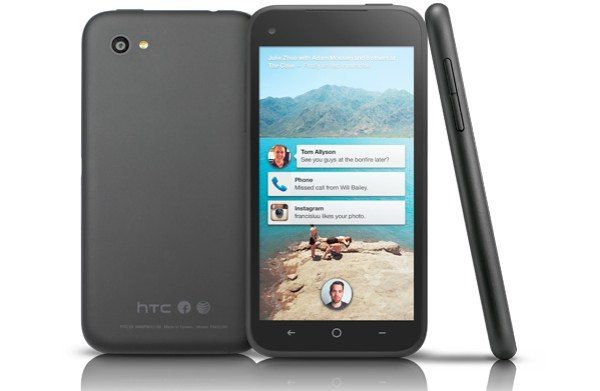 At the beginning of last month we told how the HTC First so-called Facebook phone had not exactly taken the world by storm. The phone is the first device to launch with the new Facebook Home feature but poor sales may be the reason that AT&T’s HTC First has now received a drastic price cut.

Although the HTC First is a mid-range device its unibody design is actually quite attractive. As it adds almost stock Android and in-depth engagement with Facebook you would imagine it may have had more appeal than it seems to have managed although maybe some consumers thought it was something of a novelty.

If you want to purchase the phone now on AT&T it will now only cost you $0.99 on the usual two-year contract, which is pretty much a bargain whatever way you look at it. As well as that there’s a $100 price slash, from $450 to $350 if you want it off-contract.

You can see more or order it online at AT&T here. All in all it’s a decent enough handset and at the moment on AT&T it has a very exceptional price tag to match. Will you be taking advantage of this current deal for the HTC First on AT&T? Let us know with your comments.