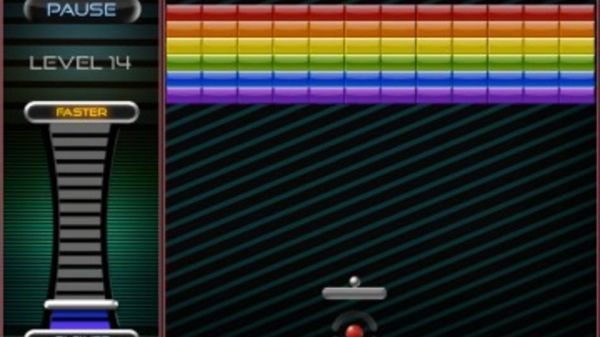 Google Breakout, sounds good right? A little Easter egg planted in Google images will have you playing for a while, and since this was done a few days ago people are going crazy for the classic arcade game.

If you head on over to Google Images and type in “atari breakout” you will be blessed with a playable old school favourite game. Try it right now and then come back and read on here because we will talk about the Atari Breakout Boost iOS app.

Google laid this egg to commemorate the 37th anniversary of the 1976 Atari Breakout game, now lets move onto the app for iOS device users.

So far Atari Breakout Boost has had well over 2-million downloads in the App Store, and its last update was in March that added 10 new levels for free as well as 5 more free levels by clicking on in-game Facebook button.

This is the enhanced version of the Atari classic that features stunning graphics and more gameplay, you got new power-ups such as Grenade Balls, Fire, Acid, and Splitting boosts. There are also some unique brick types such as Mystery, x4, Exploding and Metal bricks.

You can purchase additional packs once you have completed what the app already has, the library can be increased to 200+ levels.

Main Game Features Include: 10 free levels, 200+ more levels available via in-app purchase, Boost Indicator that can control the speed of the game, Missiles & other power-ups and so much more.

Please do head on over to Google Images and type in “Atari breakout” for some online fun then download this app because you will be come addicted.

It is a shame that this game is not available for Android users, but there are alternatives.