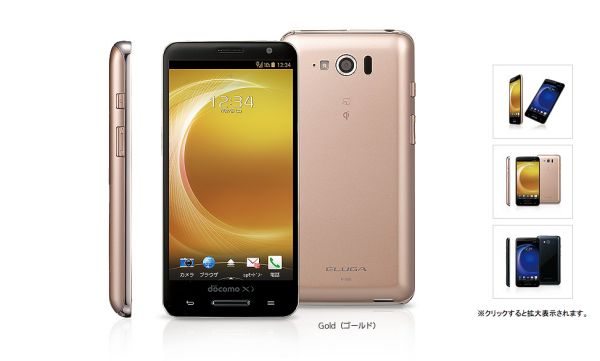 Not heard from Panasonic in a while, the last time we reported any news by them was back on April 20th reporting about the Panasonic Eluga dL1 being available in the UK. Good news today though, we can now reveal the new Panasonic Eluga P P-03E for DoCoMo.

Some are saying the Panasonic Eluga P P-03E is the closest smartphone to be a HTC One competitor, and this is simply down to the Eluga P featuring some good specifications such as a 4.7-inch 1080p screen that is a great one-hander phone.

The Panasonic Eluga P has been developed for one-handed use/operation; it comes with some special features similar to the Samsung’s Air gestures.

When an Eluga P users hovers their finger over the display it will use something called Touch assist, it will also detect movement for the zoom slider when using the Internet browser, content can be brought down from the top of the screen to show more content, basically giving users more reach.

This new Panasonic beauty is expected to launch in June with NTT DoCoMo, we love the fact it can detect movement from up to 15mm away from the display screen.

Please do let us know what you think of the new Panasonic Eluga P, hopefully this releases elsewhere and not just with NTT DoCoMo.