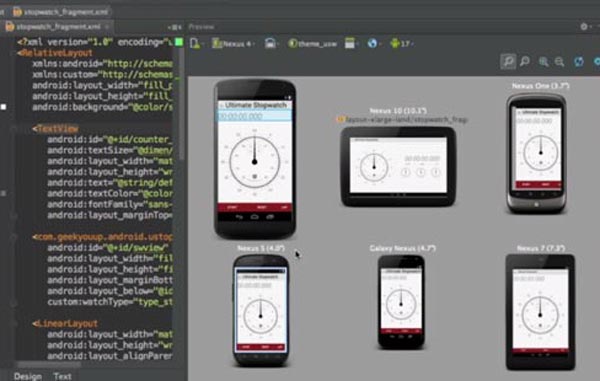 We featured some details on Google’s Android Studio at the end of last week, which included a quick video review in that article, but since then we have heard from a few of our readers in regard to problems with the new developer software and its tools.

If you are new to Android Studio then we recommend you take a look at the video in our earlier article, or watch the video below on this page if you want a quick guide on setting up the new Android Studio.

Android Studio problems — the software is still pretty new and currently at version 0.1 for Mac, so the majority of early adopters would expect some issues with Android Studio. We’re sure another update will arrive in the coming days and weeks to fix the current bugs, but for now let’s highlight some of the feedback we have had.

We explained the similarity of Android Studio and Eclipse with ADT Plugin previously, but one of our readers stated, “Android Studio is much slower than Eclipse”, and continued to explain that a new version of Android Studio should be built “based on Eclipse instead of IntelliJ”. Do you agree with this user?

Another Phones Review reader had problems getting Android Studio to run in Windows 8, which they received some feedback explaining “There’s a missing environment variable for Windows 7” and this could also be an issue in Windows 8. Their recommendation was to “set ANDROID_STUDIO_JDK to your Java JDK”.

How has Android Studio been performing for you? Do you have any problems, and how do you rate it in comparison to Eclipse with ADT Plugin? We have used Eclipse to build over 20 apps and love the performance on Mac. It is also worth noting that a number of our readers are using Android Studio in Windows 8 with no problems. Share your thoughts in the comments.