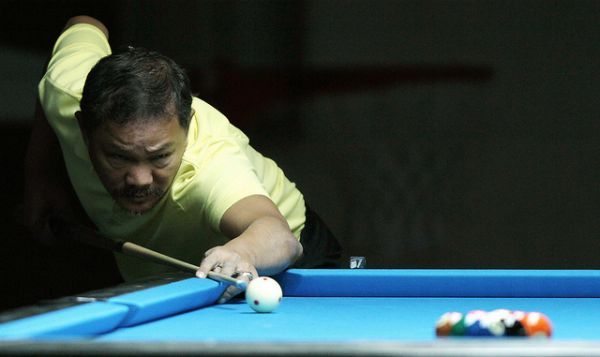 Like Chess, the humble game of Pool is easy to pick up but difficult to master. This will be well known to those of us who have woken up with a hangover and distinctly empty pockets after winning a few games down the pub and promptly challenging the best player you could find to an epically futile, double or nothing showdown.

For the rest of us that have a little more sense than that, the joy of Pool comes from spending an hour or two with your mates, your conversation sound tracked by the sound of balls knocking together and people blowing the chalk off their cues.

However, if you don’t have any friends, or at least not the kind that want to play as often as you do, there is a huge range of Pool apps available on your tablet or smartphone. But with such a bewildering array of choice before you, how do you decide which one is worth your time?

Well, as someone that plays what could be considered an unhealthy amount of Pool; I feel I am suitably qualified to point some of the best out to you. Below we have a few apps; some of these were released for Apple Mac first and then released soon after for smartphones and tablets.

Pool Rebel +
This is one of the original Pool Apps and it proved to be really popular when it first came out, which has meant that it quickly got ported to the iPad and android phones. I have spent a lot of time on this app, and can highly recommend it to those who are looking for a quick and reliable bit of virtual ball knocking.
The thing that I personally find to be the best feature of Pool Rebel+ is the fact that while it is easy to just pick up and play, there is also a large amount of detail (such as the amount of spin you can place on shots) and online play for the more committed (and competitive) player to sink their teeth into.

Pool!
I thought I should be fair and include at least one free app on my list, but the lack of price does mean that you won’t be able to play online and will have to make do with graphics that won’t exactly blow your mind. Having said that, the physics engine at work here is still pretty good at approximating the game and you get a two-player mode. Perfect for enhancing those romantic nights in with your partner, eh?

Killer Pool
This app is not necessarily as great as Pool rebel in terms of physics and detail, but is great when it comes to multiplayer. Not only do you get a killer mode, which can feature up to ten players, but you also get the frighteningly addictive Octokiller mode, where players compete on an octagonal table to eliminate each other’s balls. If that sounds like hectic, fast paced madness on a phone screen then you would be spot on.

Crazy Pool 3D
If you ever become jaded with virtual pool and begin to feel constrained by, like all the structure and the rules man, then Crazy Pool 3D is just the thing to have you glued to your screen once more. The premise here is a simple yet genius subversion of the original game. Here there are no pockets and red and yellow balls only populate the table, with the aim being to get all of the reds off the table while keeping all of the yellows on the table. Sounds simple right? Well, it isn’t.

So there you have it, my chalk stained and daylight starved friends, the four best Pool apps for your smartphone that I have come across. Now you can play pool while you are in the park or on the train and the only thing that will inhibit you is your battery life.

I would love to know if there are any better ones out there waiting to be discovered, so let me know in the comments section if you know of any.

Phones Review would like to say a big thank you to fitness instructor Gavin Harvey, who loves to ponder technological advancement and whether they are all they are cracked up to be, he has also wrote for the likes of Home Leisure Direct.

Image by: Doha Stadium Plus