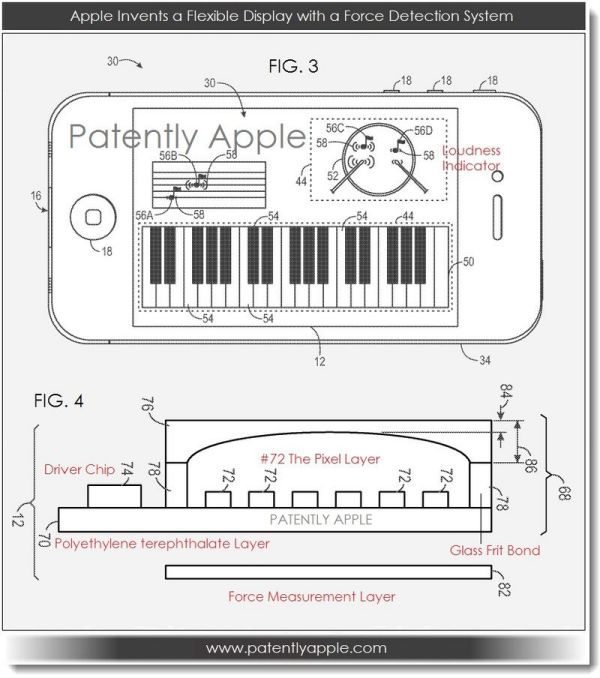 We can all sit here and wonder if Apple will ever consider using flexible displays on future iPhones, the possibility of the iPhone 5S or 6 featuring a flexible display with serious feedback is slim, or is it?

Back in 2011 Apple’s force measurement patent application was filed, which credits go to Fletcher R. Rothkopf, Stephen Brian Lynch, Benjamin Mark Rappoport, Paul Stephen Drzaic and Scott Andrew Myers, so now this seems all possible. We have already reported news that iPhone 5S and 6 could measure the closeness of ear, and now we have this news about flexible displays with this new patent. 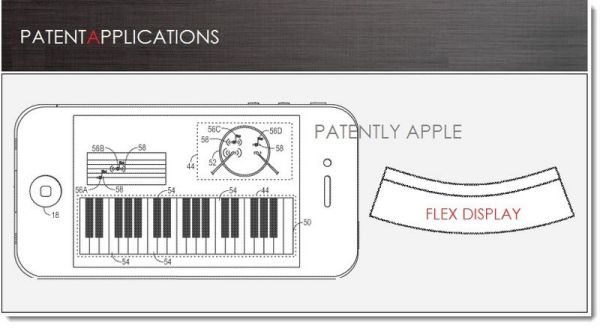 The iPhone 5 has a touchscreen where users tap the screen for input, but these are two-dimensional in terms of input. However, if Apple decides to use flexible displays with “Embedded force measurement” this will bring a whole new level of interactivity.

Example of use
Say you open GarageBand and the new iPhone 5S or iPhone 6 has the embedded force measurement with touch force input on a flexible display, virtual instruments would be amazing to use because if you say press on a piano key softly it would sound low, but press it harder and it will sound louder — this is where by increasing force you get louder notes.

Patently Apple goes into great depth about the patent so we recommend you visiting them. What they did not mention was what other areas could this technology be used for.

For now this would only be practical with music apps, if you have any other useful ideas where this patent idea can come into play please do share in the comments.