iPhone 5S with iOS 7 vs Galaxy S4 in scare tactics 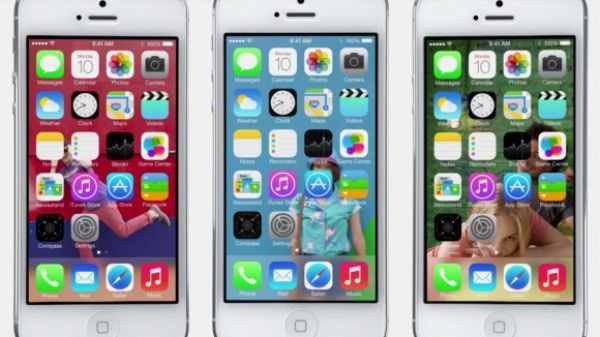 It seems to be getting heated online with both iOS and Android users at the moment, everywhere we look the debate continues. Two phones that are being debated the most are the Apple iPhone 5S and the Samsung Galaxy S4.

iPhone 5S with iOS 7 vs Galaxy S4 in scare tactics
One of the most impressive smartphones for Android users is the Samsung Galaxy S4, and we have to say this is a fantastic device. We have noticed many comments coming in all around the web saying that when the iPhone 5S releases with iOS 7 it will give the Galaxy S4 a little worry to think about.

Not sure why iPhone users and Android users have to debate all the time because at the end of the day users make up their own minds what they prefer, it is most definitely good to have some sort of competition as this keeps the mobile market alive and exciting.

We know the iPhone 5S will come pre-loaded with the new iOS 7 on board, developers all around the world are enjoying it as we speak, but Android fans are already slagging Apple iOS 7 saying some of it is basically copying Android. 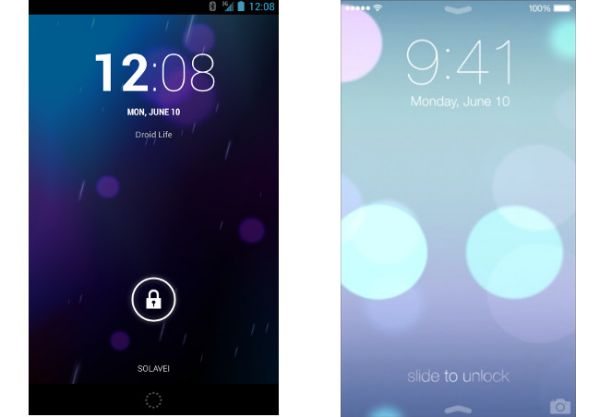 The Samsung Galaxy S4 released with some awesome new features and we thought these were mind-blowing; we do not need to list these, as we all know them well enough.

iOS 7 Looks Familiar
Some of the features like AirDrop or S Beam is no doubt inspired by Bump, then you have the Pandora inspired iTunes Radio, lock screen notifications on iOS 7 was seen in HTC Sense 4’s.

What The People Are Saying
Many comments are rolling in and the “They stole ideas” debate is very strong indeed, I thought it was bad in the gaming world with debates but it is happening in the smartphone world too.

One comment we saw over on Android Central said that the first multitouch android phone was released in 2010, which was three years after the first iPhone; they carry on to say Android was intended to be non-tactile before the iPhone took that direction. Android was a potato by 2008, 2009 and part of 2010. Not to mention lag and app crashes. Another commenter said that they have never used iOS before because they have always used Android, but in this screen, he thinks iOS did it better, he said he has always wanted the stock notification bar to be transparent.

Phones Review Says
Enjoy the smartphone you own, everyone in this world copies someone. There always seems to be a war between OS rivals of who stole the software idea first, it really does not matter what we think about each other’s operating system and software etc, it will always happen and that will never change.

There are many marker pens in this world, and we know there is not only one brand. Do marker users complain about copycats? Of course not — just enjoy iOS or Android, iOS 7 that was released last night did included new features because they did not exist on iOS 6.

Do you think the Samsung Galaxy S4 needs to worry about the iPhone 5S with iOS 7?