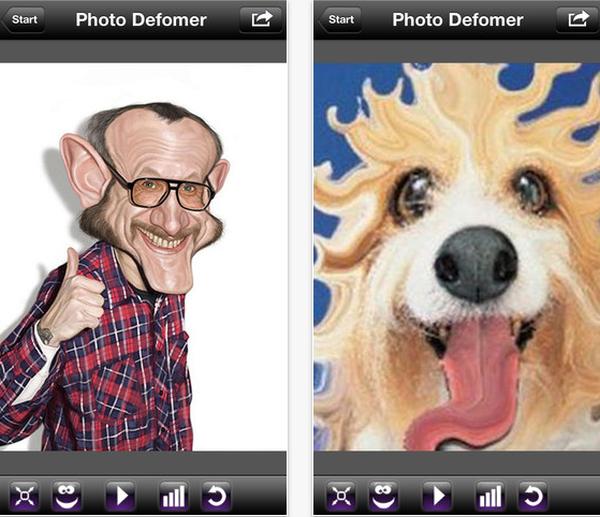 There are a number of applications that let users take images and enhance them before sharing with friends and family via the various social networks that are available, and today we have the Photo Deformer Free application for Android and iOS users that helps you to create fun caricatures.

We last brought you news of Photo Deformer along with a number of similar applications last year, but now the app has also been made available for iOS users to enjoy and is a free ad supported download.

The application allows users too automatically or manually create animated facial distortions and caricatures, and the app now has added effects and templates. There is the choice of six automatic deformations along with seven deformation tools with three sizes and three strengths each.

This will enable animated elastic dragging, exploding, fringing, imploding, and spiralling of pixels. All of your still creations can be easily shared to social networks such as Facebook and Twitter, or sent via email, SMS, and MMS.

Other features of the app include front and rear camera support, 3 new photo effects, real time animation, and much more. Photo Deformer Free 1.0 is free and available for owners of the iPhone, iPod Touch, and iPad running iOS 6.0 or later from the App Store, or Google Play for Android users.