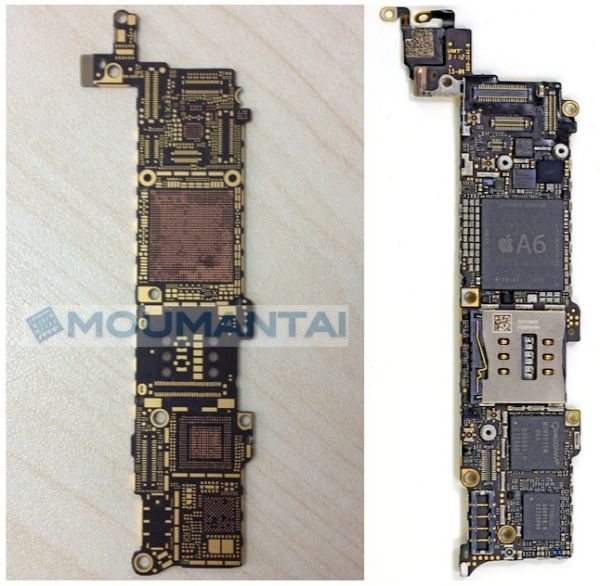 Two new photos have surfaced online showing what is supposedly the new iPhone 5S display and logic board, we have no clue if these are indeed real or if they are for the next-generation Apple smartphone, so for now lets see what we have so far.

MacRumors reported yesterday about the supposedly new logic board for the iPhone 5S, and on the same day they also published an article covering the display with a new flex cable orientation, which apparently are the same two parts from the same device.

The display and logic board in the photos below seem to be for the same device, the photo of the display unit does not really show that much but what it does show you is the apparent iPhone 5S will have the same design as the iPhone 5, it will only be the inners that will change a little. 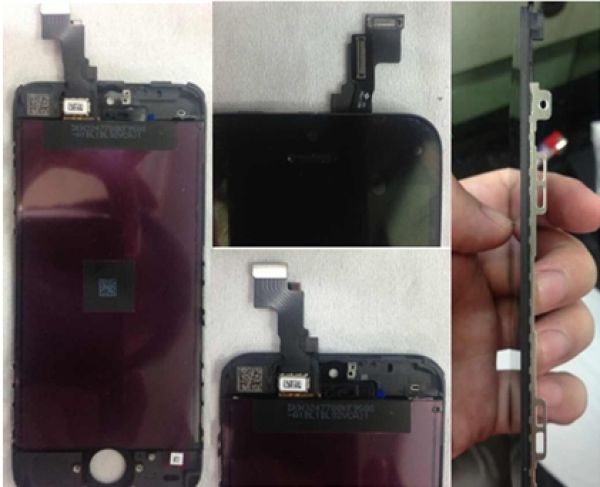 The flex connectors on the display looks like they will fit nicely with the new logic board, the iPhone 5 sports two cables with horizontally disposed connectors so it seems the two iPhone 5S photo components are a match made for each other.

Obviously the photos are not official so we have to take this lightly for now, if you look at the logic board picture of the iPhone 5S and iPhone 5 you will not see a major difference, but what you do see is the new curve along the bottom edge, which would be near the speaker enclosure.

The source above updated its article thanks to new information via one of its forum members; the member said that the logic board is narrower than the iPhone 5 board.

The forum member named chrmjenkins explained, “The main A-series chip may be the same size as the A6 in the iPhone 5.” He also said that the A6 has more room to house a triple row of caps to its left and the new board would only be good for a single row, please do click on the link above to read more about this as its too technical for us.

Do you think these new photos of the iPhone 5S display and logic board are real?

If these are the real deal then the iPhone 5S release is plausible, unless Apple is testing new prototypes.