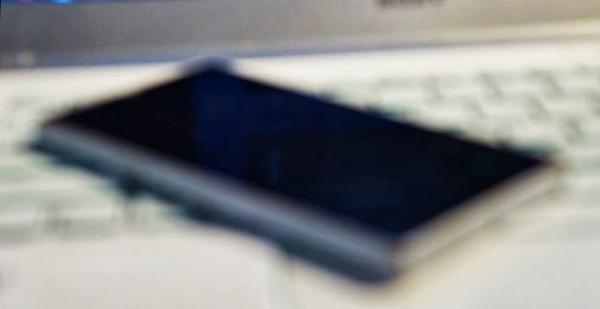 It looks as if 2013 will be the rebirth of the camera smartphone as we have already seen the Samsung Galaxy S4 Zoom along with speculation surrounding a new handset from Nokia. The long rumoured Sony i1 aka Honami is also thought to be a camera phone and there are more rumoured specs that could delight Android fans.

The Sony i1 has now got some more rumours about the specifications of the device and the blurry image that can be seen on this page. It is being claimed that the device will feature a stunning 5-inch Full HD display with a contrast ratio of 2000:1+, that will be powered by the Qualcomm Snapdragon 800 processor clocked at 2.3GHz.

This will be paired with an Adreno 330 GPU and 2GB of RAM along with 32GB of internal memory that will expandable further via a microSD card, and running the Android 4.2.2 Jelly Bean operating system along with the Sony Xperia UI skin.

The camera is rumoured to feature a 2/3″ 20/13 MP Exmor RS camera with Sony G lens, Cybershot camera UI, camera shutter key and interchangeable lenses. On the front is a 2.2-megapixel 1080p Exmor shooter for video calls, and connectivity wise there is 4G LTE, Wi-Fi, Bluetooth 4.0, One Touch Sharing, and NFC.

There is claimed to be dual stereo speakers, 3,000 mAh battery with an improved Stamina mode, and a shatterproof glass protecting the display that is supposedly tougher than what is found on the Xperia Z, and of course there is dust and water proofing.

This speculation comes as the company is rumoured to be readying the Xperia ZU phablet device that is tipped to be released at around the same time as the i1 in the autumn.

Do you like the sound of the Sony i1?

One thought on “Sony i1 Honami rumoured specs could delight”