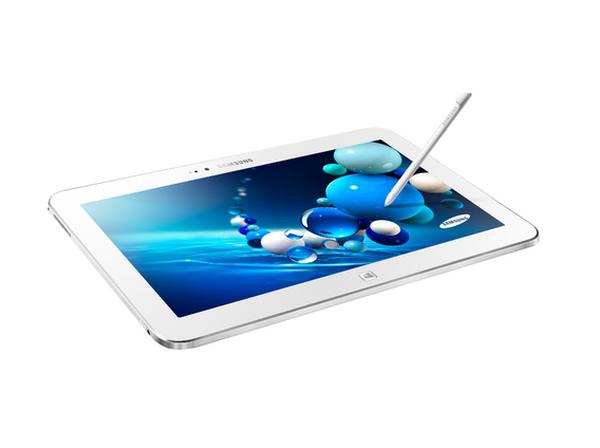 We already told you about the Samsung Ativ Q hybrid device that was unveiled just a short time ago and the company also revealed the ultra slim Ativ Tab 3, that is promised to be a tablet but with the full power of a PC.

The new device looks pretty similar to the Android Galaxy Tab range of devices and the company has given the tablet a full blown version of Windows 8 instead of the cut down Windows RT. They have managed to do this by making the device only 8.2mm thick while weighing only 550grams and are claiming the device to be the world’s thinnest Windows 8 tablet PC.

It has a 10.1-inch touchscreen display at a resolution of 1366 x 768 with the device promised to provide ten hours of battery life, and Samsung will bundle Office Home and Student free of charge. Under the hood is an Intel Atom Z2760 processor along with 2GB of RAM and you also get an impressive 64GB of internal storage.

You will also get the Samsung S Pen but unfortunately Samsung has yet to reveal any information about pricing or availability.

Have you been thinking of getting a Windows 8 tablet PC?