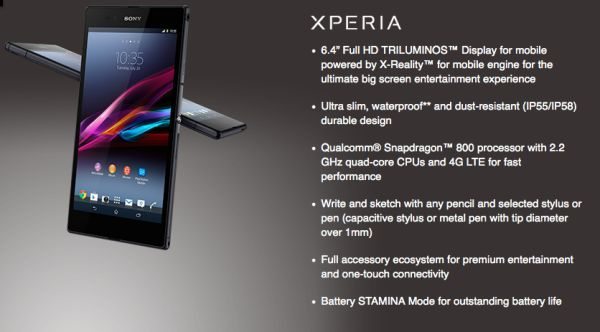 Today Sony unveiled its new Sony Xperia Z Ultra 6.4-inch marvel, and this smartphone come tablet is set to turn heads with its heavy specs. This device was once known as the Togari and comes with stunning features thanks to its official announcement.

No more wondering to do now because the Sony Xperia Z Ultra is real, before we get into the specs and features we just want you to know there are two stunning videos of this device in action.

The Sony Xperia Z Ultra specs are impressive and include a 6.4-inch Triluminous 1080p resolution display with 344ppi pixel density, as well as featuring Sony’s OptiContrast and X-Reality technology, which is a step up from the usual Mobile BRAVIA tech. 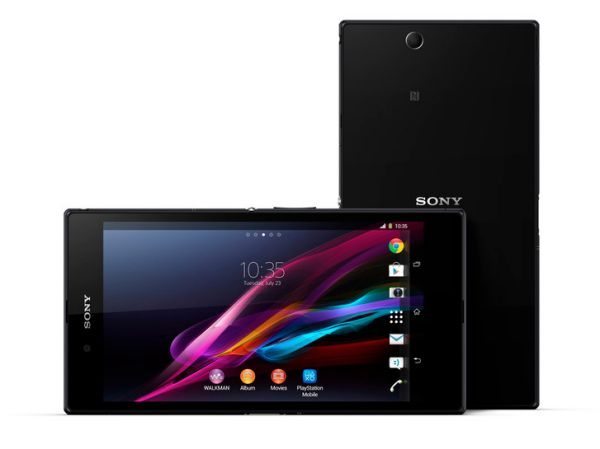 Other than the screen being huge, it also comes with the super Snapdragon 800 processor, and we know that this ARM chip is the speediest ever to be put into a smartphone.

The Samsung Galaxy Note 2 came with a stylus, which is lovely to use, but users can use a pencil, pen or a capacitive stylus on the Sony Xperia Z Ultra and that is a nice touch. The graphics comes via the Adreno 330 GPU and the quad-core Krait 400 processor has been clocked at 2.2GHz, we cannot wait for the official benchmarks when they release and when they do we will be on top of this.

Android 4.2.2 Jelly Bean will be on board when you purchase as well as an 8MP Exmor-RS sensor rear camera capable of recording in 1080p video, it also supports HDR as well. It also has a 2MP 1080p@30fps front-facing camera.

The waterproof Full HD smartphone has 16GB of built-in storage, but remember 11GB of this is user-accessible, it also comes with a microSD slot for 64GB extra space. The design looks stunning and has a 6.5mm slim look, you will be happy to know it has an IP58 certification not IP57, which means it is water-resistant.

Key Features Include: 6.4” Full HD TRILUMINOS Display with by X-Reality, waterproof and dust resistant, 2.2 GHz quad-core Qualcomm Snapdragon 800 processor, 4G LTE, use anything like a pen or pencil as a stylus, HD Voice, WALKMAN player with ClearAudio+ and xLOUD enhancements, NFC and it weighs only 212 grams, and comes with a 3000 mAh battery with Battery STAMINA Mode for better battery life.