Samsung Galaxy Note 2 overclocked, before and after 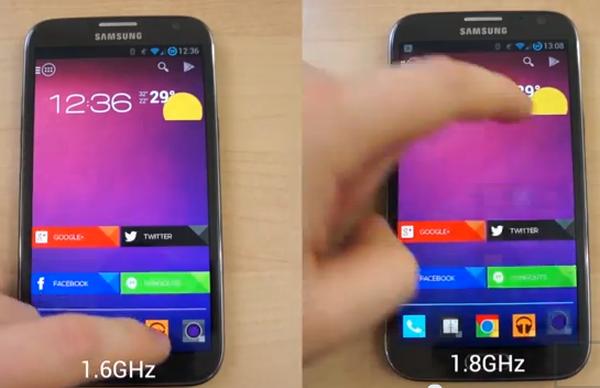 Over the last couple of years we have seen the smartphones that we use becoming more powerful and much quicker in use, which is partly down to the more RAM inside them along with the improvement in the actual processors, and today we have a video for you that shows the Samsung Galaxy Note 2 overclocked before and after.

The added bloatware that smartphone manufacturers load onto smartphones can make them start to lag a little bit, and that is one criticism that some people level at Samsung phones with the TouchWiz Android overlay.

This gets worse as you fill the available storage and is an issue that has also been affecting some Nexus 7 owners. When Samsung first released the Galaxy Note 2 it was one of the most powerful smartphones available to consumers, and the video below shows the results of overclocking the handset.

The kernel used for the Galaxy Note 2 in the video is called Note2Core that comes with three versions ranging from standard through to extreme, and for the video the user installed the extreme version.

It then goes on to show you how to install the software and you are advised that you must use a TouchWiz based ROM to avoid the handset going into a continuous boot loop or worse. Once booted up the device was set to 1.8GHz but once overclocked the Note 2 performance was markedly worse in benchmark tests.

While running the stock kernel the Galaxy Note 2 scored just over 17,000 but when overclocked returned less than 13,000, and this was found in a number of benchmark tests. But in real world tests the results were different with a slight improvement in the response time of the handset. Watch the full video and tell us what you think of the outcome.

One thought on “Samsung Galaxy Note 2 overclocked, before and after”