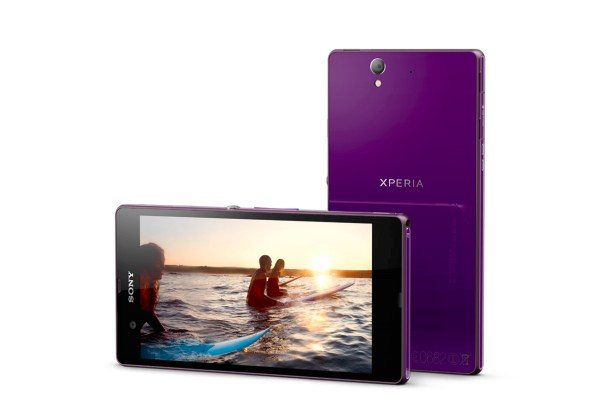 We’ll give you a brief rundown of the specs of each before we delve further into the differences. Starting with the Sony Xperia Z Ultra, this is powered by a 2.2GHz quad-core processor with Adreno 330 graphics, has a 6.4-inch display with resolution of 1920 x 1080 and 344 ppi, 2GB of RAM, and 16GB of internal storage (expandable via micro SD up to 64GB). The Xperia Z Ultra also has an 8-megapixel rear camera with 1080p video capture, image stabilization, and HDR, as well as a 2-megapixel front-facing camera. It has LTE support, a non-removable 3050 mAh battery, and it runs the Android 4.2 Jelly Bean operating system. The Ultra is also dust proof and water proof to IP58 certification standard.

Moving on to the Sony Xperia Z, this has a 1.5GHz quad-core processor, Adreno 320 graphics, a 5-inch display with 1920 x 1080 resolution and 441 ppi, 2GB of RAM, and 16GB of internal storage (expandable via microSD up to 64GB). It also has a 13.1-megapixel rear camera with 1080p video capture, image stabilization, and HDR, and a 2-megapixel front-facing shooter. It has LTE connectivity, a non-removable 2330 mAh battery, and it runs Android 4.2 Jelly Bean. The Xperia Z is also dust proof and water proof, this time to IP57 certification standard.

As you can see, there are some similarities between these two smartphones, such as LTE support, the same RAM and storage, and displays with full HD resolution, although the Xperia Z has a higher pixel count. The major difference is the size of the display, and this alone may help you make a choice between them. Some people may love the idea of such a huge screen on the Xperia Z Ultra, while others may feel that it is simply too big. 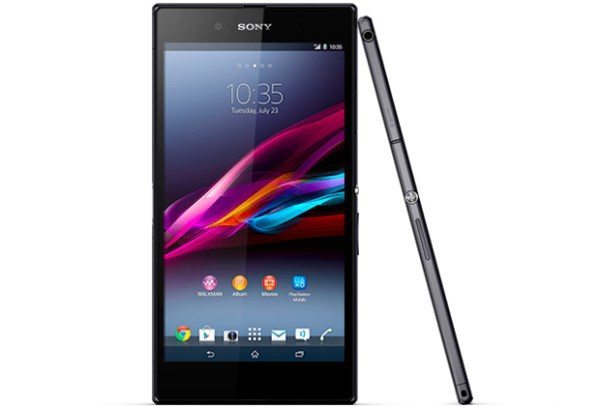 The camera-set up on the standard Xperia Z is a slight improvement to that on the Ultra, but they both run the same operating system,although the Xperia Z was launched on Android 4.1.2. Another significant difference is the battery capacity as the Ultra steps up to 3050 mAh as opposed to the 2330 mAh battery of the Xperia Z. However, you should consider that a larger battery would be necessary for the Z Ultra because of that whopping display.

If we look at the design of these two handsets they are both attractively stylish and actually look very similar, although of course the Xperia Z Ultra is quite a lot larger. Dimensions of the Ultra are 179mm x 92mm x 6.5 mm and it weighs in at 212g. That’s quite a lot heftier than the Xperia Z that measures 139mm x 71mm x 7.9 mm and weighs 146g, although the Ultra Z is the thinner of the two and is extremely slim. Both phones come in black, white or purple color options.

Prices will vary by retailer and region but as a rough guide the Sony Xperia Z Ultra is available to preorder at UK retailer Clove for Â£599.99, while the same retailer is selling the Xperia Z for Â£480. However, we should point out that this price for the Ultra is not yet confirmed.