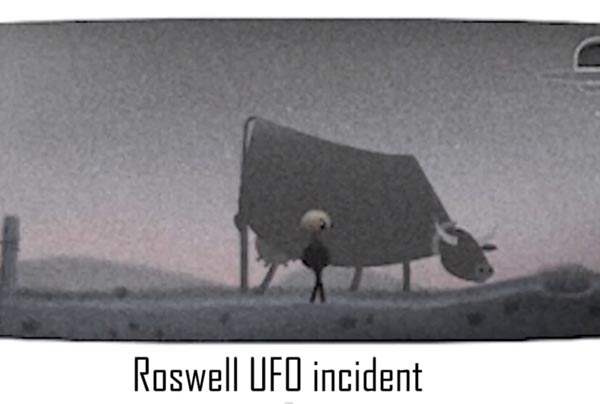 You might have jumped on Google today and seen a new UFO logo, which is in celebration of the Roswell UFO incident on July 7, 1947. The Google UFO Doodle is in fact a game you can play, but some of our readers might want to know how to play Google’s Roswell Doodle game and also wonder what related games are available on Android and iPhone.

We had a play with Google’s UFO Doodle but couldn’t figure out what we had to do in Roswell right away, although we did manage to track down a YouTube video that reveals all. You can find this video below our article; so take a look and feel free to leave a comment with your thoughts on the latest Google Doodle.

Roswell games on Android and iOS – those of our readers that enjoyed playing the Google UFO logo might want to carry the fun on with their mobile device, so we have tracked down a few apps we love that can be played on Android or iOS. Roswell Fighter Reloaded is available on iTunes for most iDevices, including iPad, iPhone and iPod touch. The app was updated on May 25th to version 1.1 and costs under $1/Â£0.69. Great fun if you love classic arcade style shooters.

Next up we have an Android game named ABDUCTOR: The Roswell Files. This app is a little more involved than the previous arcade style game, and it’s set in the wake of the UFO crash a few years later in 1951. Still set in Roswell, the Aliens have returned and you are in fact one of them, so take control of a UFO and hunt down the humans. This is also a cheap app for around one dollar and last saw an update on June 25th at version 1.2. You can see screenshots and further details on Google Play.

Did you enjoy playing the Roswell Google Doodle game? If so, feel free to share your favorite Doodle to date in the comments. In our opinion, Pac-Man was the best Doodle game we’ve played so far. If you know some good apps for the Roswell UFO incident or games, then please share details with a comment below.